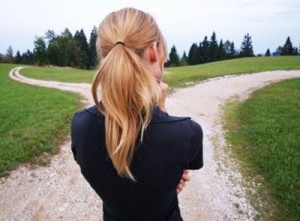 One of the growth areas over the last few years has been in the interest in influence marketing, with books such as “The Influentials: One American in Ten Tells the Other Nine How to Vote, Where to Eat, and What to Buy”, metrics such as Klout and Kred, and marketing services such as Klout’s Perks.

The appeal of the influencer model is mostly common sense and has been popularised by writers such as Malcolm Gladwell in his book Tipping Point. New ideas are picked up by key people, people with extensive networks and who tend to be trend leaders, they adopt something and influence the people around them. Looking at social data it is easy to find, for any given trend, people who were in at the start and how the trend flows into the rest of the network. The concept of influence dates back to Paul Lazarsfeld in the 1940s, who suggested that the media were intermediated by influencers.

Homophily
However, there are alternatives to the influencer model, and the key one you are going to be hearing about more and more is homophily. Homophily is the tendency of people with similar tastes and preferences to form networks, the phrase “birds of a feather flock together” describes the concept. Until recently only a few people, for example Mark Earls, have been mentioning homophily, but a new book from Lutz Finger and Soumitra Dutta, “Ask, Measure, Learn”, puts the concept of homophily front and centre. Finger and Dutta cast major doubt on the influencer model, and therefore many of the metrics and marketing methods based on ‘influencers’.

The key finding of Finger and Dutta, and others before them such as Duncan Watts (see “Is the Tipping Point Toast?”) is that the data about how trends, tastes, and activities spread can be explained without resorting to an influence model. The suggestion is that when we look at data we see patterns, but they are the result of chance and networks, not influence.

So, how will the discussion in 2014 between the adherents of influence and homophily develop? The influence fans tend to appeal to ‘common sense’ and show output examples. The homophily fans tend to appeal to comprehensive data analysis and computer simulations. So, it is likely to be common sense and anecdotes versus facts and models – it would be nice to think science will win, but I have my doubts.