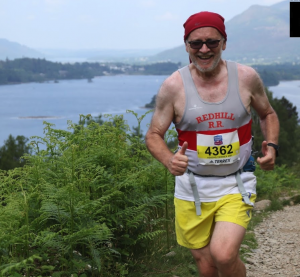 Back in 2012, there were several research papers that suggested that running for more than about 20 miles a week was either not giving any benefit, or, worse still, it could be damaging hearts and making death more likely. The key sources were a piece of research by Dr Duck-chul Lee with 50,000 patients (presented at the American College of Sports Medicine (ACSM) 59th Annual Meeting 2012, see The Not-So-Long Run: Mortality Benefit of Running Less Than 20 Miles per Week) and heart findings from Dr James O’Keefe that looked at issues such as fibrosis, calcified arteries, and arrhythmias. This was picked up by a joyful media, with stories about how running was bad for you, and that anything other than a small amount of exercise was either useless or damaging.

However, as is often the case with observational data (as opposed to control and test experiments), there were several problems with the conclusions.

The key problem with Lee’s study was identified in 2013 by Dr Thomas Weber. In the sample of 50,000 people there were some long distance runners, for example, marathon runners. Lee wanted to assess these people against the non-runners and the occasional runners. However, he needed to remove sources of bias such as race, age, gender etc – this is called ‘controlling for’ in the statistical jargon. But he also controlled for other factors such as body mass index, blood pressure, and cholesterol levels. So, (to oversimplify) if he had a marathon runner who had a BMI of 18, and who had average blood pressure and cholesterol levels he would match them with a non-runner how had the same values. The reason for doing this is that these characteristics are risk factors for cardiac-related issues. However, regular running and running longer distances tends to change these numbers, it tends to reduce your weight, lower your blood pressure, and bring your cholesterol into line.

When the data were re-processed by Dr Lee and published in a peer-reviewed journal in 2014, without controlling for these correlated characteristics the message changed, running longer distances was no longer a negative. Indeed the main thrust of the new paper was that running at least 5-10 minutes a day offered ‘dramatic reduction’ in deaths from heart disease.

Jump forward now to 2016 and Dr Paul Williams shared a study of 156,000 subjects, many of them recruited from Runners World. He found that men running at least 40 miles a week were 26% less likely to develop coronary heart disease than those running 13 miles a week. He suggested the reason he found benefits and Lee did not find benefits was that his study was three times as big.

However, whilst I am pleased at an emotional level with Williams’ study (I run about 40 miles a week), it too has a number of problems because it is based on observational data. As well as factors like smoking, age, and gender – which can be controlled for in a study, there are an unknown number of factors that might be important and which can’t be controlled for. Some can’t be adequately controlled for because they are too interconnected with running (such as BMI and blood pressure), some can’t be controlled for because we have not yet identified them. For example, what factors cause some people to be runners (location, friends, psychology etc) and do any of these factors also and separately relate to health outcomes. One problem with this study that is familiar to most market researchers is the problem of self-selection – people who choose to subscribe to Runners World will differ from people who do not subscribe – not just in age, gender, miles run, but also in psychological factors. The people who agree to take part in studies and those who do not may also differ in ways that matter.

The final challenge for these observational studies is that they focus on heart-related problems. However, we might equally want to focus on living longer (so what is the impact on cancer, suicide, road traffic accidents, etc?) Or, we might want to focus on the quality of life (for example looking at QALY – quality-adjusted life year). For an academic study, it makes sense to look at a single outcome, for example, coronary heart disease – to improve the chance of obtaining clear relationships. But the media, the public, and policy makers should be focused on the big picture, for example, the number of active, enjoyable years of life, rather than specific problems. One way of thinking about this is explored in ‘Healthspan Is More Important Than Lifespan, So Why Don’t More People Know About It?‘.

As the world increasingly turns to using big data to analyse what is happening, we need to look at the challenges shown by observational data in fields like medicine to remind ourselves that the patterns in the data are often more complex than they look, and establishing cause and effect is hard, and where possible properly constructed experiments remain the gold standard.

If you would like to read more about running and its possible impact on your heart, check out this article ‘Running And Heart Health: Everything You Need To Know About Running And Your Heart’ from Runner’s World (and remember that this was printed in the running media, so that is another potential source of bias.) Another source of bias is the fact I am a runner, and when I was looking for information on this topic I read several articles, but I stopped when I found a recent one that seemed well referenced and ‘sensible’. But maybe if I was anti-running I could have found another article that was recent, well referenced and ‘sensible’ – perhaps I would have used different search terms, perhaps searching for more articles citing Lee and O’Keefe. Most literature reviews I read in published articles are not exhaustive, they illustrate that a view or fact has been published in a suitable journal, they do not even give you confidence that it is the consensus view, just that it has been published, IMO.

Note, this post does not address the question of whether running damages your heart, it addresses the question of what sort of problems do we get when we analyse real-world data instead of experimental data. I run because I enjoy it and it makes me feel better and helps me do what I want to do – emotionally I believe it is good for me, but I am not in a position to be confident that running is good or bad for my heart, and I really can’t express an opinion on whether running would be good for your heart. This is not an academic article, so I have linked to articles in the popular media, if you want the academic references, just follow the links and citations back to their source.

One thought on “Does Running Damage Your Heart? Another example of the problems of using observational data to infer cause and effect.”