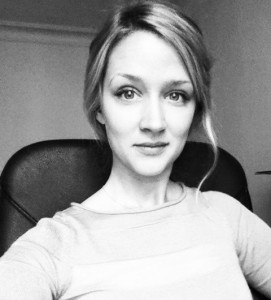 We know that research participants sometimes cannot or will not be honest in their responses. We know about behavioral economics. We know all the things to say to encourage open and honest discussions and survey responses. But what about our online and social media-based conversations?

I’m a Second Generation Facebook user. By this I mean that I’ve been around on Facebook since almost immediately after it was released to universities in the Greater Boston Area (I’ll refrain from listing the year so you can’t do the math). What started out as a site intended to allow students to evaluate one another’s’ attractiveness has become a global commodity used for connecting, promoting, expressing, sharing, and now for market research.

One of the interesting trends that has come up in relation to social media outlets, and Facebook in particular, is something I’m going to call “mediawashing” (you heard it here first, write that word down). Similar to greenwashing, mediawashing is the dissemination of disinformation that a person chooses to put forth, typically about themselves or their lives, using social media. In laymen’s terms: people paint pretty pictures of their lives, but it’s often not the whole picture.

Numerous studies have been published demonstrating that not only is there a link between social media use and things like depression or lack of self-esteem, in some cases there is a causal effect due in large part to comparisons made between one’s real life and the bits and pieces of someone else’s life that have been shared.

A recent article in Newsweek points out how mothers on Facebook are battling increased stress and pressure thanks to constant boasting and bragging about achievements, development, and even things like a baby’s sleep habits, while conveniently failing to mention any hardships or struggles. Although most recognize logically that this is a “presentation of perfection” and is not a true reflection of reality, the effects on both the reader and the poster are dramatic. The interactions that would, at one time, impact the perceptions and behaviors of parents on a weekly or monthly basis are now happening several times a day for those who are using social networks.

This is, of course, one category of examples, but the point is clear: no one’s life is perfect. No one’s days are only filled with sunshine and rainbows and happy, helpful people who do everything they can to help a person succeed. Life is hard, and many people edit those parts out of what they choose to share.

For market researchers, this poses a particular problem when using social media and similar platforms (like communities, bulletin boards or online focus groups). While it’s true that anonymity, in these cases, offers respondents the chance to express themselves with a hopefully refreshing degree of honesty, one has to wonder: how much has mediawashing trained us to edit how we present ourselves to the world?

A measuring stick of the mediawashing effect could be the following: have you ever started to write something (a comment, a status, a tweet, a caption) on a social media platform, only to erase and begin again, in order to adjust your wording or tone? Have you ever started to write something and, in the end, decided not to post at all? Have you considered uploading a photo only to hesitate or stop because it doesn’t portray you or someone else in the best light?

As people and professionals who are dedicated to unearthing human truths from the respondents we connect with, we need to not only be aware that mediawashing exists, but to actively fight against it in our data collection processes. Whether we are scraping Facebook or Twitter or running a community, the risk that we, as researchers, only see the edited and refined version of someone’s life, their preferences, their behavior or their opinions is real. But so is the opportunity for us to allow our respondents the freedom of candid, open conversations where honesty is more valued than socially desirable responses.

So now it’s time we have an honest conversation among ourselves: how do we combat the effects of mediawashing in our research practices?

Click here to read other posts in this series.