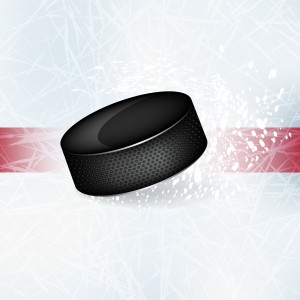 Business strategists can and should learn a key lesson from the world’s best ever ice hockey player, Wayne Gretzky. Gretzky basically wrote the NHL record book, most goals in a season, fastest 50 goals, only player ever to score 200 points in a single season (and he did it four times). When he retired in 1999 he held 61 NHL records.

Was Gretzky bigger and faster than everybody else – not a surprising question given the normal parameters of success in ice hockey? No, he was 183cm (6ft), 84kg (185 lb), and certainly not the fastest.

The key Gretzky strength (in addition to skill, hard work, and teamwork) was his brain and in particular his ability to “skate where the puck’s going, not where it’s been”. Whilst most players would say they are focusing on where there puck is going, Gretzky made it happen, skating shorter routes, getting himself into space, and scoring lots and lots of goals.

In the world of business most of the information we gather, the sales, the logistics, the big data, and the tracking information is backward looking, it is “where the puck has been”. When Gretzky was growing up his father’s coaching would include hitting the puck against the wall and teaching Gretzky to skate where it would bounce to, rather than trying to catch the puck. In business too we need to think about assessing where our puck is going, rather than chasing the pack chase the puck around the ice.

To often when strategists work with data they extrapolate, they take current trends and extend them, in an attempt to forecast the future. However, that is simply chasing the puck, what is needed is to take other players into account, to allow for the bounces, and to see what is possible, not just what is planned.