The chart below was created by using data from two sections of the report and combining them (if you click on it you will see a larger version). 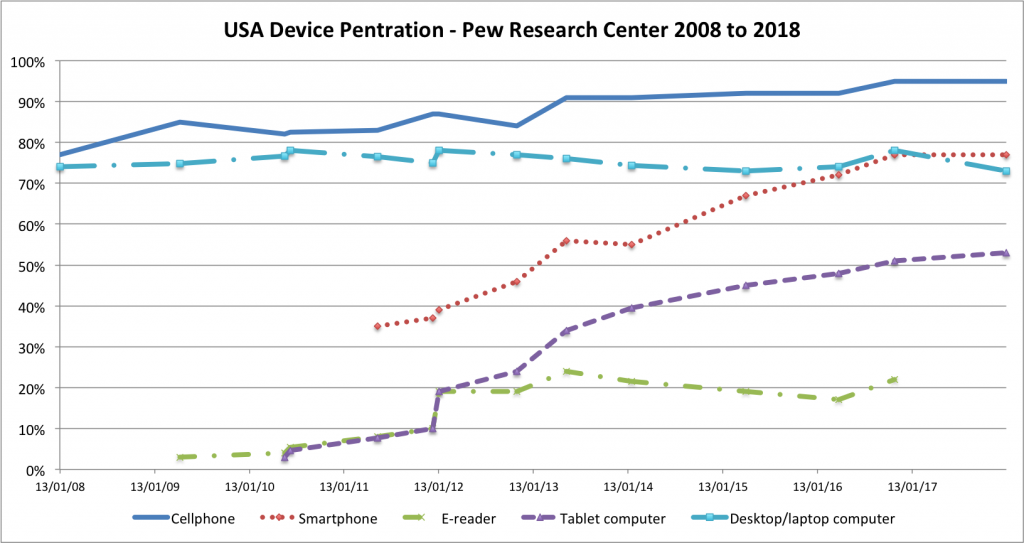 Digging into the data
The report from Pew has some great nuggets relating to differences by groups. For example, smartphone ownership amongst the over 65 year olds is less than 50% (46%). Ownership of smartphones is over 90% for the under thirties, college graduates, and those earning over $75,000 a year.

The report highlights a very important group for market researchers, people who have a smartphone but who do not have broadband at home, i.e. they are unlikely to be able to take surveys on a desktop/laptop computer. Across the whole population this group is just 12% of the population. But amongst some groups the figure is considerably higher:

The main message is that the mid-term future for market research is smartphone, but in the short-term, remember that not everybody has one. As for the long term, we have no idea what the next generation of devices after smartphones will be 🙂