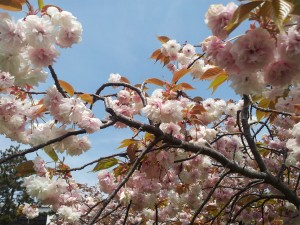 As I mentioned in earlier posts. NewMR is involved in the creation of a new book, provisionally called the Handbook of Mobile Market Research. We will be publishing a lot of our work online, as the book progresses, to share our learning, to invite comments, and hopefully elicit extra material. Much of the material we are gathering is available via our Mobile Market Research Resources page.

The post published on this page is a piece of ‘work in progress’ from one of the chapters in the new book. The chapter will look at key debates in mobile market research, and this post addresses the question “How do clients move 20 to 30 minute tracking studies onto smartphones?“. We have access to some raw data and studies to back up the points in this post, but we’d love to have more, and I have flagged up in the post where we are particularly looking for more material. So, if you’d like to contribute: comment here, comment in the NewMR LinkedIn group or email us via admin@newmr.org.

Note, this work remains our copyright, or at least until it is transferred to the publishers. If you use it, or quote from it, please cite the source.

How do clients move 20 to 30 minute tracking studies onto smartphones?

There is a general view that one of the things that has slowed down the development of mobile marketing research has been the problem of how to move a 20 to 30 minute survey onto a phone. This problem seemed insurmountable in the days of feature phones, but even now, with smartphones becoming ever more common, there are no clear answers to the problem.

The problem appears to have two key elements:

People won’t do long interviews on their smartphones

Some of the people who put forward this proposition base it on common sense and personal experience. If we interrupt people during their busy day, to do a survey on their ever-present smartphone, they won’t have the time or the inclination to complete a long survey. Also, since the smartphone screen is small and the interface fiddly, it will be too onerous to do a long survey. However, common sense and personal experience are often a bad guide to what people actually do. Long surveys would not need to be synonymous with people completing them whilst busy, and plenty of people seem very happy with using their smartphone for extended periods of time – as any journey on a train will confirm.

One point that researchers should bear in mind is that when CATI appeared on the seen the consensus was that interviews needed to be short, but over time they became longer. When online research appeared (in the mid-1990s), early movers such as Pete Comley [REF:] said that interviews needed to be short, about five minutes, and certainly not longer than eight. However, both CATI and online went on to be used for longer and longer studies, and 40 minute studies are not rare these days.

If the experience of CATI and online are reviewed, the picture seems to be:

The evidence?
The evidence, so far, falls, broadly, into two groups. The first relates specifically to projects conducted to test mobile market research. The second relates to respondents who have used their mobile devices to take part in surveys that were solely, or mainly, intended for people using PCs – the type of mobile market research that is often referred to as unintentional mobile.

Mobile specific studies into drop-off rates
Many studies have reported that there are few problems in finding respondents willing to do ten minute surveys on the smartphone. With several studies indicating a severe increase in dropout at a point between ten and fifteen minutes.
MORE DATA AND STUDIES BEING SOUGHT

Unintentional mobile market research
It would appear that depending on the panel, some 5% to 15% of surveys intended for online via PC are being completed on smartphones, including surveys over 20 minutes in length.
MORE DATA AND STUDIES BEING SOUGHT

Summary of whether people will do long surveys on their smartphones
Although most research pundits and opinion leaders believe that mobile surveys should be short (indeed they tend to believe that online, CATI, and face-to-face should be relatively short too), the evidence suggests that researchers are faced with a choice.

Long mobile surveys are possible, if researchers are willing to reduce the population who are prepared to take part in their surveys. This is the decision they have made when dealing with CATI and online, so it is perfectly possible that some, perhaps the majority, of researchers will be willing (over a period of time) to trade of the breadth of the population they are surveying in order to ask the sorts of surveys that they or their clients think are necessary. It is likely that the growth in access panels with large numbers of mobile users will facilitate this choice.

Many types of market research surveys have become longer over the years. There seem to be several forces driving this process:

But perhaps the main reason that surveys have become longer is that market researchers have found ways of persuading, some, people to do longer surveys. By creating convenient samples, e.g. online access panels, of people who will take part in long surveys for incentives, market research has created the opportunity for long surveys.

The alternatives to long surveys

Several alternatives to long surveys have been put forward, but most of them have not become widely popular, and none are yet the norm.

Review: this is the simplest and probably most common way of shortening a survey. All of the stakeholders are interviewed to find out what their current priorities are. The survey is subject to analysis, for example to identify correlations between the measures and to identify which measures are not measuring anything useful. The intended result is a shorter survey. However, even when this method is employed successfully, it tends to be a temporary solution, as the survey often starts to grow again.

Partial Data: Partial data refers to asking different participants different questions, in order to build a total picture. One method of doing this is to split answer lists, and even whole questions, across different respondents. Normally, in these cases, the researcher preserves a core that is the same, to allow the data set to be analysed meaningfully. One implication of this approach is that the sample size needs to be increased, if the sample size per question is to remain at the pre partialising level.

Another technique for working with partial data is to use Hierarchical Bayes (HB). For example, HB is often used in Discrete Choice Modelling (DCM) studies. Each respondent sees a subset of the tasks, and HB is used to calculate the utilities for each respondent. Note, in these cases HB is not used to estimate the stated values, it is used to estimate the implied or revealed values.

Splitting the survey over time: In this approach, the respondent completes the survey over a period of time, as a set of smaller surveys. This method underlies some of the popularity of insight communities, where the longitudinal nature of the relationship means that questions can be asked in short surveys, without the need to re-ask things like demographics.

One issue for the researcher to keep in mind, if using this approach, is that the key sample size issue is how many participants complete all the steps. If a survey is broken into, say, three units. The base for some of the analysis will be people who completed the first, second, and third elements, and there is normally some drop off between the stages.

Re-thinking: For some researchers the most attractive option to shorter surveys is to re-think the whole process. The question, in this case, becomes not how can we make this shorter, but what do we really need to do to answer the clients business needs?

Different researchers and thinkers have come up with different ideas. Probably, the idea that has had the greatest impact on the research industry was Fred Reichheld’s proposal that the NPS (Net Promoter Score) was the one number that companies needed to measure, however, and perhaps perversely, market research has tended to incorporate NPS measurements into long surveys, rather than replacing them. Some researchers have looked at replacing grids and attribute batteries with open-ended questions, seeking to analyse them with automated text analytics. Other researchers have looked to reduce their tracking studies by collecting more information from social media, and restricting the survey to just those elements that their social medial monitoring does not capture. However, none of these routes has systematically and widely reduced the length of surveys to date.

One interesting contribution to the thinking about shorter surveys was presented to the 2012 ESOAMR 3D Conference, when Alice Louw and Jan Hofmyer, showed how flawed much of the thinking behind long surveys was, and proposed focusing on just those elements where respondents could provide meaningful information. Although this paper has not turned into specific research approaches, at least not ones that the industry has adopted, it perhaps shows the degree of radical thinking that is required to create real change?

The common view is that a large part of client’s research spend is on long surveys, that these surveys can’t readily be made shorter, and that smartphone based mobile surveys need to be short. People who believe this to be true will tend to keep their surveys as PC based online for the foreseeable future. For these people, mobile will be a method of tacking other problems, but not the problems which they currently associate with long surveys.

We’d love to hear your thoughts. Is this a useful review of a key question? Do you have a different view? Do you have data or studies you’d like to share?

p.s. I like to include a relevant image for each post, but given that there are likely to be 50+ posts on mobile research over the next few months, posts of different pictures of mobile phones are likely to become tedious. So, in this series of posts, the images will be ones I have taken with my mobile phone.