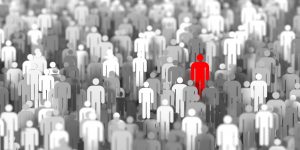 NewMR have been running a survey looking at the training that market researchers and insight professionals are receiving. The fieldwork has now closed and we expect to produce the full report in about one month, but here is a sneak peek at some of the topline results.

How much training are people receiving?

We asked how much training people were receiving a year, and excluded the 26 people who said they were not sure.

As part of writing the report we are having discussions with various people about what the right level of training is, but we think we can all agree that if market research is to be a value-added, knowledge-based profession, we can’t operate with 2-out-of-every-5 researchers receiving less than six hours training a year.

Looking at the data by country shows that nowhere is doing really well, amongst the countries with more than 50 responses, the USA and UK are the least bad, with 34% saying they have had less than six hours training in the last year, whilst Japan reported 51% had not received more than this amount.

There is no age group that does particularly well in terms of training, but the 35-45 year olds seem to do worst, with 47% of them reporting they had received fewer than six hours of training in the last year. Given the rate of change in market research, and the fact that many of these people will be driving or implementing change, surely this is worrying?

We asked people whether they were receiving too much, too little or about the right amount of training, and the raw figures were:

What forms of training?

We asked the 847 people who had received some training in the last year to tell us about what format they received it in, and the replies were varied.

The data shows that people, on average, received training via 2 modes. The three top modes (webinars, in person at work and in person elsewhere) were clearly the most frequently used.

In terms of how people said they wanted to receive their training, the two most popular modes were webinars (63%) and in person in locations other than their office (61%)

The full report will look more deeply into the data, looking further at role, types of training wanted (in terms of mode and content), and at recommendations.

Sue York will present findings from this and other studies at the AMSRS Annual Conference in Melbourne in August.

This project has been greatly helped by the large number of people who have collaborated in its production, and we would like to thank the following people:

One thought on “How much training do market researchers receive, and is it enough? Sneak Peek from the NewMR Skills & Training Survey”