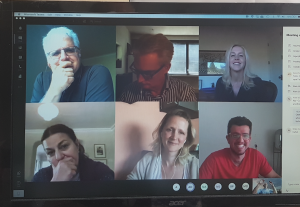 Since the start of the lockdowns ESOMAR Council has switched its method of operation. The first change is that we have switched to meeting online, the second change is that we have started having shorter meetings (a two-day virtual meeting would be hard to deal with), and thirdly we have started blurring the lines between a formal meeting and working groups. Today’s meeting was more at the formal end of the spectrum, with key topics including things like finances and membership.

The finances continue to be a major topic of investigation, particularly given the loss of our face-to-face flagship events, such as Congress. In July a large number of our members’ membership renewals fall due and this is being watched carefully. We are getting a large amount of positive feedback about membership, but we are also aware that many members are struggling.

Because of COVID-19 pandemic there is a feeling that the elections for ESOMAR Council need to be delayed from October 2020 until Quarter 1 2021. This will be debated and voted on at the virtual EGM on 16 July. The meeting is being held in two sessions to allow more members to attend.

There is a feeling that future General Meetings of ESOMAR should be conducted virtually, to allow more members to attend.

Nijat and Nikki reported on a two-year road map that is being developed to address the needs of younger researchers and make ESOMAR more relevant to this age group. One of the topics that was discussed was the YES Award – if you (or somebody you know) is under 30, then this is a great competition – but you need to submit your entry by July 17 – see https://young.esomar.org/yes-award/

Anne-Sophie reported back on a group that is working to produce an updated and sharper value statement, idea of what ESOMAR offers, and what it could offer.

Nikki, Nijat and Kristin reported on initiatives related the awareness of equality, inclusivity and diversity that have been brought to the forefront by the Black Lives Matter movement. Recommendations are being prepared and will be brought forward.