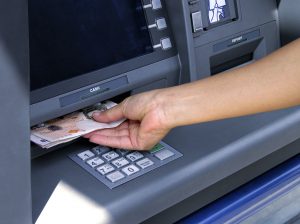 Most of the people running companies, projects, and investments in the developed economies around the world have no practical experience of dealing with inflation. The last widespread outbreak was forty years ago. However, inflation is the key shadow facing global economies. (Yes, there are other shadows facing the world, like the terrible situation with Russia and Ukraine, but the key, global economic threat is inflation.)

How bad is it?

Very bad! The USA and UK have inflation rates of 9% and the Eurozone has inflation at about 8%. The trend in most regions of the world is upwards. Governments are starting to try to slow down the rate of increase in inflation (for example, by increasing interest rates), but I think they are doing too little, too slowly.

What is so bad about inflation?

The key problems with inflation are:

What can Governments do?

Governments have a range of tools, such as interest rates, the money supply, taxation and direct spending. However, all of these tools work in broadly the same way. To reduce inflation the Government seeks to slow the economy down. It needs fewer things to be bought and sold in order for inflation to fall. For citizens and companies that is clearly uncomfortable news.

The equation MV = PT helps understand the situation. MV and PT are both measures of the economy. P in PT is the level of prices. Inflation is when P is increasing. T represents the number of transactions, M is the quantity of money and V is the speed it is flowing round the economy. If the government can reduce M, V or T it will help deal with P. But reducing one or more of M, V and T means slowing the economy down.

Governments facing and election seem reluctant at the moment to increase interest rates by enough, and most of them are not even considering tax increases or cuts in spending.

Governments are also going to suffer from inflation. During the pandemic governments borrowed massively and the cost of that borrowing will soar under inflation. In terms of benefits and entitlements (such as pensions) the Government can either increase them by the level of inflation and hurt the public purse, or it increases them by less than inflation and hurts people.

What should you be doing?

Unless you are an academic or in government, don’t worry about this. There are as many theories as there are economists. For those of us in business, the key is to cope with inflationary times, not to try and cure them.

Among reasons that are currently popular

Note, I am not a financial adviser and nothing in this post should be construed as financial or investment advice.