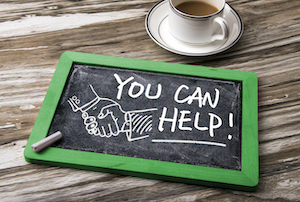 The world of insights is on the cusp of a great future where human-centric approaches dominate services, product design and business. However, this opportunity is at risk because of the participant crisis.

There is lots of other information available, from the likes of ESOMAR, GreenBook and AAPOR – none of us should plead ignorance.

The Bad Data Problem
In the sessions mentioned above, Melanie Courtright summarised the issues as falling into four buckets

Frauds and duplicates are a massive problem and there has been amazing growth in the number of tools that the good panel providers use to detect people who are not who they say they are and to detect people who try to do the survey multiple times. (You better check your provider uses one of these services). The most recent CASE study suggested that for a regular, easy to recruit sample the number of frauds and duplicates that are blocked by the smart tools approaches 20%. The number of frauds and duplicates is felt to be much worse for B2B and hard to recruit samples (because the incentives are higher). However, there is a never-ending battle between the fraud detection systems and the frauds – and it is noticeable that the different systems catch different people, this means some frauds are slipping through.

The next line of defence looks at trap questions, speed, coherence of the open-ended comments etc. One example of a trap question is “For quality control purposes, please select the third answer in the list below …”. People who fail to select the third answer are one of a) frauds, b) disengaged, or c) they made a mistake. This leads to a statistic that is often called the ‘toss rate’. The toss rate is the proportion of completed surveys sent to the agency or the client that (when inspected) are deemed to be bad, unsafe or uncertain. The CASE study suggested this could be in the range 15% to 25% – which means that something like 30% to 40% of the data originally collected might need to be cleaned (combining the automated tools with a manual process of looking at the data). The very strong recommendation from CASE was that BEFORE the end-user starts analysing their data, they should check that the data looks right – and they should have a good dialogue with the providers of the data.

Another problem identified by CASE was that of the hyper-frequent survey takers. The study looked at how many surveys people were taking in a single day. They found that 3% of the survey completes were doing more than 20 surveys a day, some of them more than 50 or 100 surveys a day. These 3% account for 19% of all survey completes and are NOT being caught by the current fraud, duplicates, bad response type filters. The consensus is that this is likely to be bad data – but more work is being done, partly to understand how it is even possible to complete 100 surveys in a 24-hour period.

Disengaged Participants, Mistakes, and Bad Survey Design
As well as the frauds, there are problems that the researchers and the data collection systems facilitate. Boring surveys, long surveys, surveys that require mental arithmetic, surveys that require people my age to fiddle with tiny fonts on a mobile design, and badly constructed questions all reduce the quality of the data AND they reduce the willingness of people to do more surveys in the future.

This is not new news, I wrote about it in The Handbook of Online and Social Media Research, published in 2010 – but bad surveys still seem to outnumber good ones.

Insufficient Participants
Not everybody wants to do surveys, even people who are happy to do surveys don’t want to do them all the time, when somebody has a bad experience they become less likely to do surveys in the future, and the number of survey invitations is growing. The consequence of this is that there are too few good participants being chased by too many surveys. The evidence for that can be seen when panel companies have to outsource part of a project to another vendor (or buy them from a marketplace), or where an innovative non-panel provider keeps asking for more time to collect the sample.

Can’t we just pay more?
One suggestion we hear often (and which I have a lot of sympathy with) is the idea that we should pay people more to take surveys. However, if this is done too simply the result is a massive increase in fraud – the people wanting to cheat the system move faster and work harder than the typical participant. So, while paying more will probably (and should probably) be part of the answer, it can’t be done in isolation.

We need buyers to insist on better data and to check they are getting it. In a conversation with a long-term insider, I heard the view that only about 25% of agencies and end clients manually check their data to reject suspect participants. This reduces the pressure on vendors to keep finding bad data, vendors who pass on bad data can charge lower costs than those that do a better job of cleaning the data.

We need incentive systems which encourage honesty and engagement. We need to make our surveys better, which means engaging, easier, clearer, and convenient. This probably means tackling the methodological issues that bedevil mix-mode approaches. Newer option such as voice, chatbots etc are great for some people, but not for everybody, nor for every type of project.

Solving the Participant Crisis – #NewMR Webinar 14 April 2022
To help address this problem NewMR is hosting a webinar on 14 April, click here to register for it. The webinar comprises two presentations