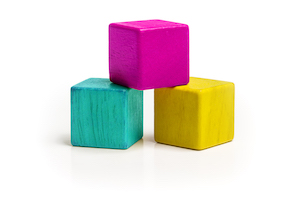 The Three-Box Solution is a marvelously simple and profound way of managing a business and it is particularly relevant now as organizations and governments face the pandemic crisis. The latest advice on the Three-Box Solution is also incredibly current in that a new book ‘The Three Box Solution Playbook’ has just been published by Vijay Govindarajan to help organizations “ apply these ideas to drive business-model innovation (Box 3) and growth.”

I strongly recommend both the 2016 book ‘The Three Box Solution: A Strategy For Leading Innovation’ that brought the approach to a wider audience and the new Playbook. In the post I will highlight the key concepts and show how I link them to scenario thinking.

The three-box solution deals with a well-recognised problem, i.e. that running a business successfully today often seems incompatible with creating success in the future. This is a problem Clayton Christensen described in the Innovator’s Dilemma. Those parts of the business that are running today’s business efficiently are unlikely to have the visions and the risky behaviour that innovation requires.

The three boxes are:

Apple’s first mass market product was the Apple II, a product that made the company’s name and competed with products such as the Commodore Pet. At a time when this product was highly successful, Apple created a separate team to work on the Apple Macintosh (now Mac). The Mac was launched in 1984, but the Apple II was only discontinued in 1993 – when its work as the cash cow funding the Mac was complete.

Box 1 was all about managing the Apple II, making evolutionary changes, reducing costs, adding features, widening the pool of software and peripherals, and funding Box 3.

Box 2 was about unlearning. This box was shared between two project the Lisa and the Macintosh. This unlearning process included visits to Xerox PARC and learning about Graphical User Interfaces, and it also meant (for a few years) going back to black and white (to make the screen definition possible).

Box 3 was about creating the future, i.e. the Mac. This process was iterative, competitive and utilised people quite different from those who were earning the company’s money working in Box 1. Ex-Apple Guy Kawasaki has spoken of the way the Macintosh team felt they were the future and they did not even let the Apple II team into their building “The Mac hadn’t even shipped,” he said. “The Apple II team was essentially paying for the building they weren’t being allowed into.”

The link with Scenario Thinking 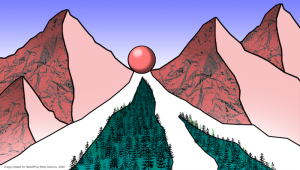 My interest in the Three-Box Solution is both general and specific to my work with scenario thinking. Scenario thinking has some relevance to Box 1, in an everyday sense of looking for forks in the road, for example new regulations from government, changes in commodity prices and actions by competitors.

But scenario thinking comes into its own in Boxes 2 and 3.

In Box 2 the organisation needs to identify what it needs to unlearn. It needs to think of scenarios where something it thinks is a self-evident truth, is not a truth. For example, the thinking that a taxi company needs to own taxis, or that people want to own dresses rather than rent them, or that millions of people might be compelled to work from home. By creating scenarios, the team can see which models of thinking are tied to specific scenarios, and which are more general.

In Box 3 there can be a risk that the new vision is being created for a world that does not exist, or is probably not going to exist. Scenario thinking and scouting can help ensure that the innovation is going to be viable – along with concepts such as MVP and Build/Test/Learn. For example, if we take the current scenarios of a short-term recession versus long-term recession, a new product needs to determine how to ramp up if the recession is short term, and how to find survivable niches if the recession is long term.

And why especially now?

Because of the pandemic crisis it is impossible to reliably predict what will happen next. As I have pointed out in another post (‘No! You can’t stop research until things get back to normal. You need to utilise Scenario Thinking’), one set of scenarios about the near future is:

These scenarios are not equally possible, but none of them is so likely that we would call it ‘probable’. This calls for a Three-Box approach and scenario thinking. Box 1 is managing the here and now, keeping the lights on and the engine running. Box 2 consists of looking at the scenarios, understanding what needs unlearning, and identifying the early warning signs to help detect which scenario is becoming probable. Box 3 consists of creating a future that is consistent with the outcome that seems most likely, but which also tries to shape that outcome to some extent.

I am running online training courses in the use and application of scenario thinking for the UK’s MRS and the Australian Research Society. One of the topics I will be covering is the Three-Box Solution, The courses are open to non-members and to people from other locations. For prices and details click on the links below.