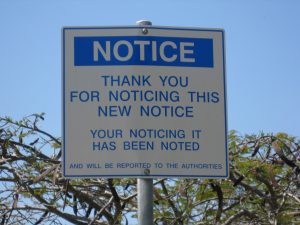 Ten years ago, in Malta, at a qualitative conference organised by Jasper Lim and Merlien I presented a paper on discourse analysis and how it could be used in market research. Although I think discourse analysis is a really powerful tool to help market researchers make sense of what people say, it seems I was not particularly successful in encouraging large numbers of researchers to adopt it.

If you are interested in what I had to say about discourse analysis, you can read my paper by clicking here.

But for those of you who do not want to read all 7427 words, here are a three nuggets from the paper:.

“Memory
Much of the ‘science’ of memory looks at concepts such as MOPs (Memory Organisation Packets) which can be described but which are hard to put under the microscope. But others (e.g. Halbwachs, 1980) have argued that memory is essentially social (or at least a significant component of it is social). Putting together the observations of Wittgenstein (thinking is speaking) and Bakhtin (everything that is said is in response to something that was said before), suggests a model where memories are (in many cases) words and that these words have been negotiated and shared with others.
If we think of a mother and child sitting together looking at a family photo album we can see shared memories being created. Similarly, the night after a party, especially with aid of Facebook, the events of the previous 24 hours are often negotiated as people fill in different details. In a group discussion situation, a negative person can facilitate the other group members in recalling their negative ‘feelings’ and may actually create new negative, shared memories.
This shared, negotiated memory is one of the reasons that word of mouth is so powerful in markets, it does not just pass information from person-to-person, it changes and creates memories, which is why Fred Reichheld makes so much of promoters and detractors in the context of his Net Promoter Score, and why Rijn Vogelaar (2010) highlights the role of Superpromoters (and their negative opposite). Many people can ‘remember’ that Volvo is safe, that Bose speakers are clear, and that Belgian chocolate tastes good without ever conducting their own trials and experiences.”

“Re-thinking Customer Satisfaction
As an example of the changes that Discourse Analysis might offer consider customer satisfaction. Discourse Analysis suggests a very different approach to customer satisfaction, a topic normally considered a core part of the strategy of most brands and services. In the traditional model the thinking concentrates on the ‘true’ states of mind amongst consumers, making customers ‘feel’ or ‘believe’ that they were satisfied, in the belief that satisfied customers will buy more than unhappy customers.

Adopting a Discourse Analysis approach to customer satisfaction might produce some very different actions and outcomes. For example, instead of thinking about what we want people to feel, we might think about what we want people to say, which means we can measure it directly, rather than indirectly. Once we have thought about what we want people to say we can review whether these words are actually ‘sayable’. Are these words/phrases the sorts of things that people ever say about this sort of product or service? Are they sayable about this brand? For example, when thinking about long-haul flying, are words like ‘delighted’ sayable? Are the words excited, interesting, or exhilarating used in contexts that are positive in the context of long-distance flights?
When we consider the language that people use about a service or brand we might consider what we can change what people can ‘say’? Can a bank be caring? Can a sauce in a jar be exotic? Can we shift the blame for bad rail service away from our brand towards, say, the Government, perhaps change the footing of the discourse so that the brand is positioned as a fellow victim or even as a friend who is doing their best?

What are the phrases/terms/words that are already used in the discourse about the brand or service? What about analogous brands and services? What metaphors might be applicable? Are any of the alternatives associated with positive outcomes? Consider why and how easyJet became the ‘cheap and cheerful’ airline, Apple the design brand, and how Volvo and Miele utilised the language of engineering.”

In looking up some details about this conference I came across the very short highlights video below – wonderful memories.