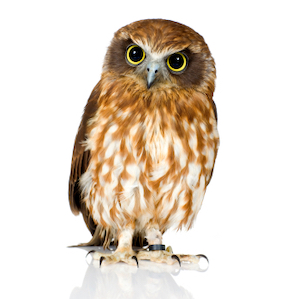 Quite a lot of my teaching and consulting time focuses on how to design research that will answer questions and lead to action. One of the key steps that people need to tackle when designing a research project, and when seeking to find the story in the data, is to assess what is already known.

The topic of assessing what is already known is multifaceted and includes:

When the answer is already known

Most research agencies will have had the situation where a client contacts them asking for X, and you have to explain to them that you have already answered that question for one of their colleagues. However, this is not the only situation where the answer is already known, and here are a few more examples.

When part of the answer is already known

For all of the situations mentioned above, there are even more cases where what already exists is a partial answer to the question. Perhaps a report has been conducted on the total customer database, but there is not enough information to be able to drill down to the target group. In these cases, there are two key consequences of the knowledge:

What solutions have been tried and failed?

When you are asked to solve a problem, try to find out if there have already been other attempts to solve the problem. For example, if the client has already tried a test market approach, you are probably not going to suggest trying it again, but you will want to learn from what happened last time. Quite often, when time consuming and relatively expensive options are used to solve a problem (for example Conjoint Analysis or Ethnography) it is because simpler options have already been tried and failed.

However, if the questions are ill-defined, the research design and approach needs to be more iterative, i.e. more agile. If the questions and context are not well understood, then it is often a good idea to conduct qualitative research to help define the context and variables, or use social media listening to gain a deeper understanding of the topics and language used by customers and/or the general public.

When evaluative information is known

When designing research, it is important to know how the results are going to be evaluated. Perhaps the most common evaluation is against benchmarks, i.e. against the results of previous test. For example, ad tests and concept tests will often be compared to historic norms for key measurements.

Research may also be compared against other criteria, such as:

Which things that are known are wrong?

As Mark Twain may have said “It Ain’t What You Don’t Know That Gets You Into Trouble. It’s What You Know for Sure That Just Ain’t So”.

When designing research and when looking for the story in the data, try to check that the things that are ‘known’ are actually true. Try to assess the source of truth for your assumptions and the assumptions of those around you. Think about what you can do to give those assumptions the chance of being challenged and disproved. Sometimes this can be as simple as adding ‘None of the above’ to a list in a survey. Sometimes it might mean interviewing other samples. For example, if you have designed a product specifically for Millennials, you may want to test it against other groups to see if the Millennials actually have a different desire to buy/use it.

Other posts in this series include: