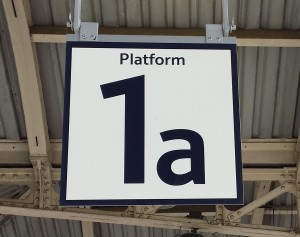 This week’s Economist has an interesting article about the founders of Napster (Shawn Fanning and Sean Parker) and the difficulty they have had in coming up with a successful second presence in the market. Towards the end of the article the Economist refers to one of my favourite terms in the area of new business, “First-mover disadvantage”.

The awareness of first-mover disadvantage dates back a long way, for example here is a Forces article on it in 2007. In 2001 the Harvard Business Review reported a study that found that first movers in consumer goods and industrial goods tended to have a 4% LOWER ROI than later entrants to the market.

There are numerous causes of first-mover disadvantage, most of which relate to second mover advantage. The second mover can see what is working, they can aim to meet the unmet needs of the incumbent (which often means cost, but can mean efficacy, range, style etc).

Another source of first-mover disadvantage is that if a first mover is making money from its current model it often neglects the need to change, to disrupt itself, leaving it open to be disrupted by others.

So the next time somebody is pitching a product, investment, or job opportunity, watch out for that use of first-mover advantage.

In-and-Out
When somebody is talking about first-mover advantages. It can be a good idea to check whether it represents and in-and-out opportunity. An in-and-out opportunity is where there is a short-term first mover advantage, and there is an understanding by the people running it that the optimum strategy is to ramp it up quickly, generate revenues, and then get out.

Other Examples?
What are your examples of first-mover disadvantage?