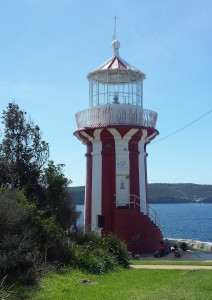 Most samples used by market research are in some sense the ‘wrong’ sample. They are the wrong sample because of one or more of the following:

Samples that suffer these problems include:

But, it usually works!

If we look at what AAPOR call non-probability samples with an academic eye we might expect the research to usually be ‘wrong’. In this case ‘wrong’ means gives misleading or harmful advice. Similarly, ‘right’ means gives information that supports a better business decision.

The reason that market research is a $40 Billion industry is that its customers m(e.g. markets, brand managers, ec) have found it is ‘right’ most of the time. Which begs the question “How can market research usually work when the sample is usually ‘wrong’?”

There are two key reasons why the wrong sample gives the right answer and these are:

The reason there are so often few important differences is that we are all more similar to each other than we like to think. This is homogeneity. The level of homogeneity increases if we filter by behaviour. For example, if we screen a sample so that they are all buyers of branded breakfast cereal, they are instantly more similar (in most cases) than the wider population. If we then ask this group to rank 5 pack designs, there will usually be no major differences by age, gender, location etc (I will come back to this use of the word usually later).

In commercial market research, our ‘wrong’ samples usually make some effort to reflect target population, we match their demographics to the population, we screen them by interest (for example heavy, medium, and light users of the target brand). The result of this is that surprisingly often, an online access panel, or a Google Consumer Surveys test will produce useful and informative answers.

The key issue is usually not whether the sample is representative in a statistical sense, because it usually isn’t, the question should be whether it is a good proxy.

Modelling
The second way that market researchers make their results useful is modelling. If a researcher finds that their data source (let’s assume it is an online access panel) over predicts purchase, they can down weight their predictions, if they find their election predictions understate a specific party they can up weight the results. This requires having lots of cases and assumes that something that worked in the past will work in the future.

So, what’s the problem?

The problem for market research is that there is no established body of knowledge or science to work out when the ‘wrong’ sample will give the right answer, and when it will give the ‘wrong’ answer. Some of the cases where the wrong sample gave the wrong answer include:

My belief is that market researchers need to get over the sampling issue, by recognising the problems and by seeking to identify when the wrong sample is safe, when it is not safe, and how to make it safer.

When and why does the right sample give the wrong answer?

However, there is probably a bigger problem than the wrong sample. This problem is when we use the right sample, but we get the wrong answer. There are a wide variety of reasons, but key ones include:

A great example of the right sample giving the wrong answer is New Coke. The research, evidently, did not make it clear to participants that this new flavour was going to replace the old flavour, i.e. they would lose what they saw as “their Coke”.