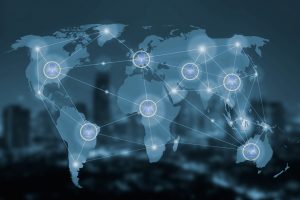 OK, let’s start with a clarification, when I say taking over the world, I mean they seem to be everywhere (like Starbucks or Uber) not that they have become masters of the world (as in War of the Worlds or Invasion of the Body Snatchers).

For the last few years the GreenBook GRIT report has reported that, along with mobile surveys, research communities are the most widely adopted new research approach – making them more mainstream than new. This year’s ESOMAR Global Market Research Report shows that research communities account for about 5% of total global market research spend – that’s one dollar out of every twenty, and my own experience with most service brands, IT and information companies, most retailers, most media companies and many manufacturers is that in many verticals, using one or more research communities is the norm.

Why in a little over ten years have research communities gone from innovative idea to almost being ubiquitous? That is the topic of a webinar I am taking part in on December 14 with Dan Fleetwood of QuestionPro (click here to find out more), but here are a few thoughts.

Because it was Possible: Back in 1999 the Cluetrain Manifesto was published and it predicted many of the changes that would happen once we had widespread and largely unfettered access to the Internet. In particular it predicted a transition of power from organisations to citizens (from brands to customers), it predicted new ways of people grouping socially, and it predicted a growth in collaborative approaches. These predictions were not based on people changing, but on what happens when the Internet grows and develops. Research communities would never have existed if they had not been able to piggyback on a change that was impacting the wider society.

Faster and Cheaper: The growth in long-term communities (typically renewed annually with no specific end-date in mind) developed out of the concept of proprietary panels and concepts such as citizen’s juries and lay advisors. The early versions did not have as many options as today’s communities, but they were able to offer faster research (because people had been pre-recruited and pre-profiled) and they were able to offer much lower costs per project – albeit with a higher setup/fixed cost. Faster and cheaper is always going to be winner.

Customer Centricity: Brands have seen their competitive advantages eroded. Few brands are able to offer a product or service that is truly better (i.e. different in ways that matter), few brands have any on-going logistical advantages, and few brands are able to outspend the rest of the market on advertising and marketing. The consequence of the erosions of product and service advantages has been the rise of customer centricity – where customers are seen as the last option for creating and maintaining a competitive edge. For any organisation committed to customer centricity, communities are a natural tool (both short-term and long-term). They say to the customer we want to listen to you, we want to work with you, we want you to be at the heart of our future.

How Much Further Will Communities Go?

As Nobel Prize winner Nils Bohr said “Prediction is very difficult, especially about the future.” – but I will try. I think we will see communities become much larger, with some brands trying to capture their entire customer base as a community. We will see more and more linkages between big data and communities. Big data will provide the measurement; the communities will provide the why and the ability to experiment with alternative futures. I think we will also see a coalescence of marketing and market research – with brand advocacy becoming a specific aim for many communities.

The trend is for most research to be conducted with customers, rather than with the wider market. Some research will always be conducted on the wider market (market measurement, social research, media consumption etc.) But I think we will see, over the next ten years, a shift to something like 70% of all research spend being used to gain insight about existing customers – and I see most of that being conducted via communities.