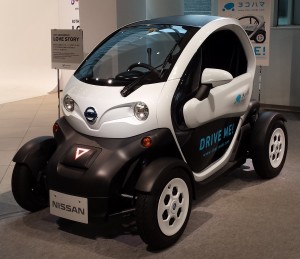 I was talking to a company that had a service that was both better and cheaper than the leading market solutions and who were getting frustrated because they could not understand why more people were not switching projects to them.

Imagine you have a nice car and it has four nice, effective, new tyres. Now imagine you have run over something and one of your tyres is ruined. You need to replace it. You go to the tyre fitter/vendor and she explains that she has some new tyres that are better and cheaper than the tyres you are using at the moment. You ask what she means by better and she explains that when you are moving they are identical, but when you put the brakes on they stop the car 50% faster than your regular tyres. You are momentarily tempted, until you get a mental image of driving along and suddenly swerving because one of your four tyres stops you quicker than the other three! So, you opt for a matching tyre, aware that it costs more and is not as good.

In a business situation a new solution might be better, it might be cheaper, but it might not fit the wider business needs. Imagine you had a way of asking questions on mobile devices that was 50% more accurate than the questions you asked on PC and 10% cheaper – it sounds great. However, this new method is going to change your data (better also means different) and it may make it impossible to combined the 70% of your data that is collected via PC with the 30% collected by mobile. So, you elect to stick with your existing method, frustrating the software vendor.

Coming back to our tyre vendor, the super tyres (better and cheaper) are only going to sell if the price of four of them is sufficiently attractive to replace three good tyres, or when dealing with a customer who is looking to buy four tyres – oh, and who is willing to believe the claim that these are better.

It would be great to hear examples of where you have seen this situation apply in business.