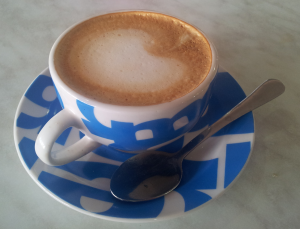 We are all familiar with the phrase that correlation is not the same as causality, but we also know that in many cases correlation is a really good indicator that something is important – so how do we judge how much importance to give to correlation?

In the 1940s, British scientist Richard Doll conducted a study of 649 cases of lung cancer and noted that only two were non-smokers, causing him to a) stop smoking and b) to start researching the link between smoking and cancer. The correlation certainly did not prove smoking caused lung cancer. As a point on interest, in the 1940s about 80% of adults smoked, so it would have been expected that most people with lung cancer smoked. A simplistic view of correlation would have said that no action should have been taken until a cause was identified. We now know that smoking tobacco releases more than 70 different cancer causing substances.

So, if we find a correlation should we ignore it until we can find a cause or mechanism, or can we act just on the correlation? The answer is, as is often the case, ‘it depends’.

When thinking about brands and marketing the key to the difference between when causality matters and doesn’t often depends on whether we are trying to tackle the underlying cause or the visible measurements. For example, it is likely, IMHO, that making your brand more relevant and having a more engaging presence will grow the number of FaceBook likes, and this is likely to be a good thing, and monitoring the likes is probably going to be a good thing. However, if the number of likes is set as a KPI, then the pressure on the managers is not to increase the engagement or salience of the brand, it is to increase the number of likes. There are many way of increasing likes that have little impact on the brand, such as running one-off promotions through to paying people to click like (typically from low-cost economies). By changing the statistic from a measure to a target we have fallen into the causality/correlation trap.

In many ways, this view of correlation and causality reflects the key point in the book Obliquity. Obliquity points out there are many things you can only achieve by not trying to achieve them, such as happiness. If a brand wants to increase its satisfaction, social engagement, or salience it can only measure it with statistics such as NPS, Likes, social media comments etc if it does not seek to directly change the numbers. Increasing your social media comments by being more newsworthy, having great products, or running wonderful campaigns is great. However, engaging a clever agency to boost your social media mentions is likely to be much less effective.