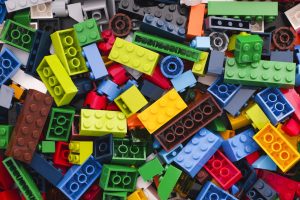 One of the key tools for increasing productivity, reducing errors, and facilitating automation is standardisation. Unfortunately, many people think there is an association between standardisation and a lack of creativity. However, standardisation does not need to create a cookie-cutter approach, indeed it can promote creativity when done the right way.

Whitworth Standard – 1841
For most of the Industrial Revolution, every blacksmith and workshop used its own dimensions for nuts and bolts. If you bought a steam engine from one workshop, you had to go back there if you needed any work doing on your machine. This slowed down the adoption of new machines and tools.

In 1841, British engineer Joseph Whitworth introduced the British Standard Whitworth system, the first standardised system for engineering in the modern world. This innovation led to changes in how things were manufactured, for example it was now easy to buy parts from several companies, it was easier to scale-up production, which led to a golden age in manufacturing and industrial creativity.

Avoiding Procustes
The worst type of standardisation is often referred to as cookie-cutter, or more scathingly as procrustean (definition: enforcing uniformity or conformity without regard to natural variation or individuality). Procustes was a character in Greek mythology. Procustes was a bandit who invited travellers to spend the night in his Inn, where he killed them by making them fit his iron bed – by either amputating limbs or by stretching them on a rack.

Think Lego, not Cookie Cutter
When using standardisation to improve your products or services, think Lego not cookie cutter. A cookie-cutter approach focuses on the finished product being standardised – great for producing ginger bread men, but not great for interesting and useful products and services.

Lego is a children’s toy, but it is also one of the world’s most powerful brands. The power of Lego is that allows children (and many adults) to give full reign to their creativity – because the Lego pieces fit together in a standardised way. This form of standardisation does not seek to make the output standardised, it seeks to make the connections between elements compatible, predictable, reliable, and cost-efficient.

When standardising a process, try to ensure that you facilitate creativity with your standardisation, by thinking Lego not cookie cutter, focus on making the connections reliable, not on standardising the finished product. 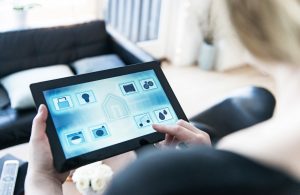 Webinar on Automation and Standardisation
This post has been written as part of my preparation for a five-part webinar series I am producing in conjunction with NewMR sponsors ZappiStore. The first of the webinars is on March 31, 2017 and is titled “If it can be automated, it should be”. You can register for the webinar by clicking here.