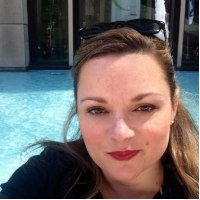 This post is based on material Gaelle contributed to the #IPASocialWorks ‘Measuring Not Counting’ project – and is slightly different to most of the other posts in this series (click here to see a list of the posts in the series) but it provides a good overview of using social media to evaluate media campaigns.

Introduction
Measuring the effectiveness of communication campaigns through traditional media such as TV advertising has long been the remit of quantitative researchers across the globe. Representative sample surveys aimed at measuring the public’s awareness of a campaign, recall of its messages and more importantly whether it has shifted the needle in terms of brand awareness and perceptions are the norm. However, the advent of social media and the unprompted brand mentions it yields means that researchers now have a unique opportunity to get a read on most campaigns’ effectiveness. So what does social media analysis bring to the equation?

Strengths and weaknesses
One of the key strengths of social media is its immediacy, so it is an excellent way to get an early read on what people think of your campaign within the first hours of its launch.

The fact that posts are self-generated and can be mined retrospectively is also a key asset. It means that researchers do not have to rely on respondents’ recall, as with more traditional methods, and can potentially measure true unprompted awareness from the level of mentions the campaign receives in social media. It also means that benchmarks of awareness and perceptions prior to the campaign can be easily derived after the campaign has ended as there are no time constraints. This is a key advantage that traditional research does not have.

Social media can also reveal the most salient aspects of the campaign without respondents’ being prompted, which you could argue is a purer reflection of consumer perceptions and attitudes towards the campaign, and ultimately how they affect brand image, than those derived through traditional research techniques.

Social media does not just enable measurement though it also provides an unprompted in-depth understanding of initial reactions to a campaign which could only be replicated through qualitative research techniques.

While it all sounds very positive so far, there is a key aspect which must not be forgotten: social media’s representativeness (or some would say lack thereof) of the public’s opinion.

Despite the fact that the reach of social media is expanding daily and that Facebook has a reported active UK user base of over 31m and Twitter 10m, the demographic representativeness of this audience is likely to be put in question.

Many would argue that as long as this fact is clearly used to contextualise and interpret the content of conversations, it becomes a secondary issue. This also strongly reinforces the need for social media not to be used in isolation from other data collection techniques to provide context. The bigger question, it seems, is whether the attitudes and perceptions expressed in social media conversations reflect those of a wider audience. There is strong evidence that it does but piloting the approach before measuring any campaign is a must to create benchmarks pre-campaign and validate the approach.

Key considerations
The increasing use of hashtags by brands which serve as prompts to the campaign somewhat remove the candid nature of social media conversations about these activities, and effectively tag ‘prompted’ mentions. This should be considered when analysing results and analysed separately if appropriate.
You have to be prepared for the fact that your campaign may not be talked about by social media users. It does happen!