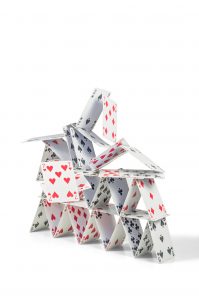 Bias is something that is all around us and we should be aware of it. Bias can lead to mistakes, for example biases led to to the Literary Digest predicting Alf Landon would beat Roosevelt in the 1936 U.S. presidential election (which Roosevel won by a landslide) and to Marty Cooper (the inventor of the mobile phone) to say that “Cellular phones will absolutely not replace local wire systems.”

However, there are many myths about bias, which are themselves a form of bias! and which need addressing. In this post I re-work a blog from a couple of years ago to address five common myths about bias and market research.

Myth 1: Some research is free from bias.

All research suffers from some form of bias. Some people claim that scales that are taken from academic research and combined with random probability sampling and the result will be “objective” or bias-free research – but this is wrong.

In reality, bias enters the research process at every step:

A great example of the problem is the research disaster that was the U.K.’s 2015 general election. The polls all got it wrong—badly wrong. There were essentially two types of polls: polls using Internet access panels and those where people were phoned using random digit dialing. Both systems were equally wrong. People who were willing to answer polling questions differed (it turns out) from people who were not willing to answer the questions.

The bottom line: There is no gold standard. Every research method has problems and these need to be assessed. Trade-offs need to be made between speed, cost, relative accuracy and type of bias.

Well, if we call it bias, it certainly sounds bad, but that language hides a host of key benefits that are associated with what we call bias. Consider the following:

A purist approach to research would say “ask everybody” and “ask everything,” and then filter out the noise. But this approach is costly, too slow, and is not actually possible. More importantly, the process itself doesn’t get rid of bias completely. In market research, bias can be a way of increasing the signal and reducing the noise.

The bottom line: We can and should use what we already know to increase the signal and decrease the noise, trading-off some risk against a lot of cost and delay.

Myth 3: There is nothing we can do about bias.

The first thing you should do about bias is to recognize that it is all around us. It exists at every stage of every project. The next steps are to evaluate the sources of bias in a project and determine the best way of dealing with them.

A good starting point is asking people from outside your comfort zone to challenge you—to play devil’s advocate. Researchers should also look at past mistakes, and check the published literature on things like questionnaire and project design.

Some biases can be addressed directly. For example, questions can be adjusted to reduce bias. The sample can also be checked to see if key groups are missing. For example, you could check if a certain demographic (like those aged 70 years and older) are under-represented in the research.

With other biases, the best treatment is to hold them constant. For example, you could use the same sample source for each study or use the same questions and apply the same analytics.

Finally, keep the bias in mind during analysis and try to use approaches such as triangulation to support or challenge findings.

The bottom line: Bias should be acknowledged, recognized and controlled, wherever possible.

Myth 4: Insight communities are too biased for “real research.”

Ten years ago, this was a common comment in the research industry. But over the last few years, as the number of organizations using insight communities has rocketed, the concern has shifted from using them at all to whether they can be used for most research purposes. The ESOMAR Answers to Contemporary Research Questions suggests that large, ongoing insight communities are suitable for most types of research projects.

Applying all the points mentioned above, many organizations are using insight communities for almost every type of research. It’s easier to list the types of research they can’t be used for, with the key ones being:

Many users of insight communities also run a small proportion of their research via other channels (for example via online access panels) so that they can get a sense of whether there are differences. They then take those differences into account when analyzing the data.

The bottom line: With care, most forms of research can be conducted via an insight community.

Myth 5: Big data will remove the bias in research

We know that many forms of questions create bias. For example, the question “How many calories did you eat this week?” tends to elicit answers that are distorted by social desirability bias and by lack of knowledge. This fact has led some to feel that observations will provide a bias free answer. However, the process of observing is also a sources of bias, in the choice of what is observed, the impact of being obsevered, and in terms of interpreting what is happening.

The choice of sample impacts the answers you get. For example, the aforementioned UK polling disaster was partly caused by sampling too few over-70 year olds. This has led some to advocate big data approaches that are closer to being a census, thereby providing a bias-free solution.

Big data will do many interesting things, but it won’t remove bias. The first challenge is that when something is measured, it changes. A great example is what happens to motorists if traffic cameras are erected. When we know our behavior is being monitored, we sometimes change our behavior, resulting to bias.

Big data throws up more spurious correlations than conventional research (because there are more chances for spurious relationships in larger data sets). In many cases, the decision about which are spurious and which are meaningful is subjective, based on our prior assumptions. For example, the U.S. has more guns and more homicides per person than most other countries. However, the interpretation of that data tends to depend almost entirely on one’s beliefs (bias) about guns.

Bias is unavoidable. In fact, as I discuss above, bias can often result to more effective and efficient market research practices. Being aware of these myths about bias can help you get more accurate insight when working with insight communities and other types of customer intelligence tools.

Thank you for reading my five myths about biases. Do you have any that you’d add to the list?

9 thoughts on “Five Common Myths About Bias and Market Research”