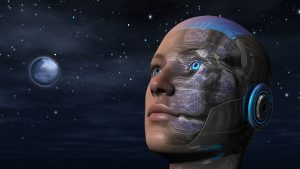 Note, in response to questions, I have started adding additional answers at the foot of this post – and I will be tweaking some of the existing answers. The post was first uploaded on 13 September 2018, and was most recent changes made on 18 September 2018. [Ray Poynter]

One of the hottest topics around at the moment is artificial intelligence (or AI). Indeed, it has become so hot that many people are reluctant to ask simple questions in case it makes them appear out of touch. So, this article provides answers to some of those simple questions.

1) Is artificial intelligence already in use?
Yes! Siri, Alexa and Google home are examples of AI. Driverless cars, the facial scanners at airport security, and Google translate are also all examples of AI. Programmatic advertising, Amazon’s ability to predict what we want, and Netflix’s analysis of viewing are all AI. One of the features of tech is that we tend to change its name once it becomes commonplace, just as the electric iron became the iron, and the smartphone is becoming the phone, we have stopped thinking of everyday AI as AI.

2) What exactly is Artificial Intelligence?
There is no clear definition of what AI is and the term is getting less distinct by the day. At one end of the spectrum, we have people who seem to treat anything that appears ‘clever’ to be AI – especially if they are selling it. At the other end of the spectrum, there are people that discount anything we can currently do as not really being AI. For example, 30 years ago speech recognition was considered to require artificial intelligence but is now commonplace. Perhaps it is best to treat systems that are flexible, that can do tasks that if a human did them would need intelligence, and which are computerised as AI. If so, a key question is ‘What type of AI is it?’

3) What are the main types of artificial intelligence?
Whilst the term AI is a bit slippery, we can think of four main groups:

We could also have grouped these into two categories (Expert Systems and Machine Learning) and many applications merge elements of two or more of these four.

4) What are Expert Systems?
An Expert System (which includes algorithms and many heuristic techniques) describes programs that written to use rules that are programmed into the system. The rules can be simple, for example, you can write down the best way to play noughts and crosses as a simple set of rules. Algorithms can be configured to manage a heuristics process. For example, a system can take a set of online adverts (say 30 of them), expose them to a randomised set of people (say 10,000 each), and then adjust the frequency of showing the adds so that those clicked on most often are shown more, and those less clicked on shown less.

The key benefits of an expert system is that a) people can know how it works, and b) it does not need training data.

5) What does Supervised Machine Learning mean?
Supervised Machine Learning is probably the most commonly applied version of AI at the moment. The program is given a set of inputs (for example spending patterns) and shown a set of outputs (for example defaulting on payments) and asked to create a system for predicting outputs from other sets of data. Google translate is built this way, text that exists in several languages is used to as the training set and the software learns that when somebody writes “the pen of my aunt” in English it is often rendered “la plume de ma tante” in French. The program does not know why, or what it means, but it can replicate the process. The key limits of machine learning are:

Unsupervised learning is often used in conjunction with a human analyst. For example, a set of text might be analysed by the AI system, producing some initial structures, the analyst may then review the structure and tweak the specification, perhaps identifying tautologies and avoiding errors.

Systems that are trying to make sense of text or images are often a form of Unsupervised Machine Learning, although they will typically be using tools developed from other forms of AI. For example stemming or ‘loves’, ‘love’, and ‘loved’ into ‘love’ might be based on an expert system, and the translation of the text into English might be based on systems developed from Supervised Machine Learning.

7) What is Deep Learning?
Deep Learning had a burst of fame when Google’s AlphaGo beat the world’s best Go player. An alternative (and perhaps clearer name) is Hierarchical Learning. The system takes the output from one level of learning and feeds it in another. In terms of Go, the process was:

One of the limitations of deep learning is that the outcomes need to be clearly defined. In the case of a game, the inputs are restricted to the moves that are allowed, and the outcomes (win, loss, or draw) are easily defined. When it comes to things like creating new TV campaigns the input variables are less clear, the wins harder to define, and there is no method of evaluating thousands of commercials with real people.

8) Can an algorithm be racist?
There are at least two ways that an algorithm can produce results that are racist (or biased in other unwanted ways). The first is in the straightforward case where an expert system is programmed to make specific decisions, for example, the program could be set to prioritise specific ethnicities, ages, genders etc.

The second way is less obvious and therefore more insidious. If the training set contains biases, then the machine will replicate and even exacerbate the biases. For example, let us assume we have performance data for Elves and Dwarves. Perhaps 10% of Elves prove to be unsatisfactory and 1% of the Dwarves are similarly unsatisfactory. The system will learn to avoid hiring Elves, even though 90% of them are satisfactory. These problems have already been identified in areas like HR processes and police profiling.

9) What is the Turing Test?
Alan Turing (a British computer scientist who died in 1954) is often considered the founding father of modern computing. Turing developed the test we now call the Turing Test in 1950 to help clarify how we might recognise true machine intelligence. The test consists of matching a human with another unseen participant. The other participant may be a machine or a person. If the test person cannot tell if they are talking to a human or a machine, then that is a key stage in the establishing machine intelligence. There is considerable debate about whether machines will be able to pass the Turing Test by 2029. The fact that there are experts who will bet for and against this happening ten years from now illustrates that whilst Siri and others are impressive, they are some way short of this test set in 1950.

10) What is the Singularity?
A singularity is a point at which everything changes in an unpredictable way, for example the big bang sprang from a singularity in space/time and we cannot know what happened before it. In the area of AI, the term ‘Singularity’ refers to a point where AI will overtake the intelligence of humans and become the dominant force. Computer scientists dispute whether this would be a good thing or not and whether it could happen or not. However, the most optimistic predictions for when it might happen put it at least thirty years from now, so there is time to debate it further. There are many varieties of the singularity, including transhumans where people are modified and enhanced – using AI, engineering, pharmacology, and gene technology.

11) What are neural nets?
Neural nets are a computing approach that loosely attempts to mimic how human brains work. Neural nets are one of the approaches used to implement Supervised Machine Learning. The neural net is made up of nodes that are connected to each other (usually two or more levels) in ways that use random and heuristic processes. A neural net is fed input variables and output variables and will attempt to create a system that links the two. In this sense, neural nets can be seen as an alternative to regression. Unlike regression: a) it does not require assumptions of linearity in the relationship, and b) it does not tell you how the relationship works.

12) Where can I find out more about Artificial Intelligence?
Funny you should ask that! Next week NewMR has a webinar devoted to the Future of Automation and AI, with eight presentations. Find out more about it by clicking here.

Your Thoughts? Questions?
Some of you will know less about AI than me, and some you will know more, and I’d appreciate feedback from both groups. Do you have other questions? Are some of my explanations unclear? Do you think some of my answers are sub-optimal (or just plain wrong)? Please either email me or post a comment below.

The questions below were suggested by readers of the blog:

13) What is Artificial General Intelligence (AGI)?
AGI is the next step on from regular AI, i.e. machines that can think. The definitions are not precise (for example people disagree about whether AGI needs consciousness), but the general outline means that AGI needs to be:

The first three of these are common to some existing AI systems, in particular, Deep Learning – the difference that AGI adds is the combination of all of these five, in order to achieve goals.

Steve Wozniak (co-founder of Apple with Steve Jobs) has proposed the Coffee Test for checking whether something is AGI or not. The test is could the machine enter a typical American home and figure out how to make coffee – e.g. finding the coffee, coffee maker, mugs etc.

There is a dispute about how far away from AGI the world is at the moment. Some optimists pin their hopes on five years from now (some vendors claim to already have AGI), ten years is more common, and some wonder if it will ever happen.

If and when AGI arrives it is likely to be a tipping point, once the technology has been created, it will probably expand quickly in terms of roles and functions (and AGI will help create faster/cheaper AGI options). Historically one of the key fields for AGI research has been military, which raises concerns among many people. The Singularity (mentioned above) is probably dependent on AGI being developed and available.

14) What should people be learning now, to ensure they aren’t replaced by AI in the future?
The answer to this question depends a bit on what your strengths and interests are. If you are a programmer, mathematician etc then for the next ten years I would suggest either a) being involved in the development of AI, or b) (better still) being involved in the application of AI to existing problems (for example, better investing, traffic management, HR, social media analytics, health provision, crime prevention/detection etc).

If you are not a potential programmer/developer then I suggest one or both of the following:

Also, get some experience, use IFTTT, play with Google Home or Alexa, use some smart home gadgets, play with some text mining software (there is quite a lot of free stuff out there) and watch TED videos.

2 thoughts on “Answers to Questions about Artificial Intelligence”