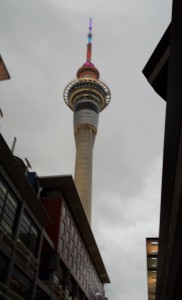 After a week in Singapore, a week split between Hong Kong, Shanghai, and Tokyo, the final week of my Vision Critical Asia Pacific tour finished with client-focused events in Auckland, Melbourne, and Sydney. The complex picture of Asia Pacific suggested by the earlier cities was complemented and compounded by the events in New Zealand and Australia.

New Zealand
In Auckland my two days were spent in the company of Camorra Research, the New Zealand partner of Vision Critical. New Zealand is a small country, population 4.4 million, with a total market research spend (according to ESOMAR’s 2013 Global Market Research Report) of about US $96 million (just slightly smaller than Singapore and Hong Kong). Of all the countries I visited on this trip, New Zealand was the one where the research buyers seemed most willing to try something new and the least inclined to favour international research brands.

My time in New Zealand was split between a training session with the people responsible for delivering research services and a client round table. At the training session, key people from Vision Critical’s Sydney office were engaged in knowledge transfer with a great bunch of people from Camorra, and I was able to chip in the odd piece and learn about the New Zealand market and way of doing business. At the client round table, I presented an overview of the global trends in insight and then a group activity where end-users explored a range of issues relating to their particular insight communities. The key benefit of the round table approach is that it allows the users of insight communities to share their successes and their challenges, allowing others to benefit from the successes and offer advice on the challenges. 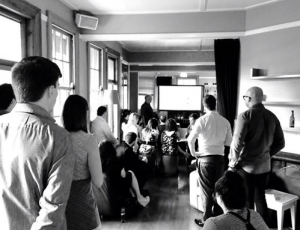 Australia is the home and central hub of Vision Critical’s APAC operation and is the strongest market for insight communities in the region (and one of the strongest in the world, after the USA). In both Sydney and Melbourne we held two events, a client round table (similar to the one in New Zealand, but much larger), and events for people interested in learning more about co-creation and the use of insight communities.

It is clear that in Australia insight communities are a relatively mature research approach. The questions that non-users, in Australia, raise tend to be much more nuanced than the questions from, say China. The issues in Australia tend to relate to company specific concerns such as their internal capacity to handle change, to handle larger amounts of customer insight, and their ability to make the change to being customer led. The concerns in China are at a much earlier stage, with most of the current users of research coming from upmarket services, such as hotels, airlines, and entertainment/leisure.

So?
Over the last three weeks I have spoken with researchers and clients in Singapore, Hong Kong, Shanghai, Tokyo, Auckland, Melbourne, and Sydney. There are some common themes across all these markets, such as the way clients are utilising communities to lower the barriers to research, making it easier, cheaper, and faster. However, there are also some distinct differences between the markets. In most markets in Asia the best business model is one of technology provider in partnership with research providers, rather than the direct model which is more common in North America and Australia (although partners do exist in those markets too). The different markets in Asia Pacific differ in their risk aversion, the availability of experienced researchers, and the installed base of insight communities.

My only regret about this trip was how short my stay in any one country is, so I will be back in July and August, planning to devote more time to both of these markets.