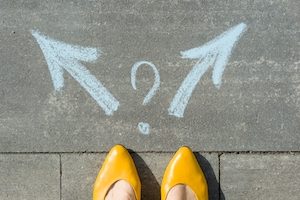 UPDATE!
ESOMAR have announced that, because some people are concerned about the change and the limited discussion so far, they are withdrawing the plan for a vote on three-year terms and in the words of ESOMAR President Laurent Flores “instead, we will open up the debate to seek more input from you – our members.”

Well done ESOMAR! This is exactly the way a member-centric organisation should respond!

ESOMAR is proposing to changes the rules about its governing body, the ESOMAR Council, with a motion to be put to its AGM later this month and then to conduct a referendum. In general I support most of the recent changes ESOMAR has made and I look forward to the new codes of conduct – but I am not sure the new rules for electing the governing body will be good for members.

The Proposed Change
The members of Council (or maybe just a majority of them?) feel that a term of two years for the Council is too short for it to achieve all of its aims, and so they are proposing a three-year term (which would mean a six-year term on Council for anybody elected President).

Why might this be a bad idea?
We all know that not everybody who gets elected to any organisation (from the local community centre committee all the way through to the Government of a country) turns out to be great. Some people are really good, some average, and some a disappointment. If we move to a three-year term, the disappointments will be there a really long time. If somebody is very good, under the current system, they can be re-elected, which means members are in charge. Indeed, under the current rules, somebody can serve 6 years as an ordinary Council member and then 4 more by being elected President.

The Council say they can’t achieve all their aims in two years, and I am sure that is true, but they won’t be able to achieve all of their aims in three years, or four, or forty – it would be a boring and predictable world if we could achieve all our aims. This is something of a bogus argument in my opinion. They should set aims that can be met in two years, and perhaps check out the SMART procedure – especially the R and T, Realistic and Time-related.

A further concern is that if Council requires a commitment of 3 years and President requires 6 years it will be harder for people from small companies to spare the time, and it will be even less likely that employees of large companies will be permitted that extended a period of volunteering.

My Suggestions
I think the Council should withdraw the proposition they are planning to make at the AGM and pass their ideas on to the next Council to refine and to come back to the ESOMAR AGM in a non-election year (e.g. next year) with improved recommendations.

Here are a few thoughts they might want to include in their improved suggestions:

Now I read my suggestions, I think the ESOMAR Council should tackle the diversity issue first and worry about their three-year terms of officer when that has been achieved.

2 thoughts on “Are ESOMAR’s Plans for Three-year Terms a Threat to Member Interests?”