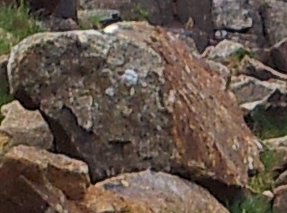 Google’s standing with privacy groups and legislators has probably never been lower. Problems include: the recent news that some of Google’s activities have been ruled illegal by four countries (France, Netherlands, Germany, and Spain – with fines being levied by Spain and France), following fast on the heels of Google’s problems in Europe with how little tax it pays, $40million dollar fines in the US over ‘cookiegate’, $7million fine in the US for Wi-Fi data collected illegally from its street view cars, and most recently the concern that Google’s integration of Google+ and Gmail means that people can send messages to you without knowing your email address.

Does any of this matter? Sure Google has been fined, but the sums only account to small change for a company as large and successful as Google. Privacy campaigners are outraged, but usage of Google’s services continue to grow (look at the way Android has quickly become the leading operating system on new phones and tablets). But would governments really try to tackle Google? Could Governments try to tackle Google?

Perhaps there are some interesting lessons in history, especially in the United States, consider two important examples.

Standard Oil
Standard Oil began in 1870 and was a massive success. Standard Oil got rich by increasing the availability oil and by driving the price of it down. By its developments it enhanced the growth of the US, its scientists developed key technologies, and the end customers benefitted. However, its competitors did badly. Using techniques that were legal at the time, and common practice at the time, Standard Oil crippled its competitors and made life very hard for its suppliers – for example giving discounts (rebates) to rail companies for their oil in return for better treatment by the rail companies for Standard Oil, which meant worse treatment for its competitors. From 1906 to 1911 the US authorities prosecuted Standard Oil, using anti-trust legislation, resulting in the breaking up of Standard Oil.

AT&T
AT&T was a powerhouse of US telecommunications, but was derailed by government action. In 1956 anti-trust rulings prevented AT&T from entering non-regulated parts of the IT and telecommunications industry, but by 1982 it had developed a monopolistic hold on parts of the US telephone business. Following action by the government and courts AT&T (‘Ma Bell’) was forced to created seven regional telephone companies (‘Baby Bells’).

So, will any of this happen to Google? Or, will action be taken by Governments elsewhere (either in terms of restrictions or in terms of the promotion of a competitor in the way the European governments helped Airbus compete with Boeing)? It is impossible to say at the moment.

Action was nearly taken against Microsoft in its heyday. Some of its actions were trimmed, billions of dollars were paid in fines, but the wheels moved very slowly. By the time the US and European governments were getting close to real action, Microsoft’s power had already started to wane.

But, if I were to advise Google I would suggest being a better citizen. If push ever comes to shove it is better to have the public on your side.

Added 11 October 2018 – The case for regulating Facebook, Google and Amazon seems to be gaining ground, see EU Regulators Have a New Plan to Keep Google and Facebook in Line: Regulate Them Like Traditional Telecoms &  The Monopoly-Busting Case Against Google, Amazon, Uber, And Facebook

2 thoughts on “Could Google be the next Standard Oil or AT&T?”