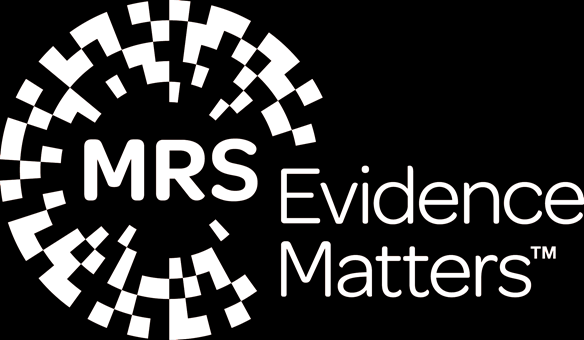 This week’s MRS Conference in London was one of the best events I have been to in the last year, generating lots of material to think about. There was a great mix of thinkers from the industry, ideas from outside market research, discussion, and good networking. The conference was true to its theme of the ‘Shock of the New’. The only weakness that I think is worth mentioning, because it is a reoccurring problem, is that there was too little international content. If the UK is going to command a position as an innovator, it needs more input from outside the UK, IMHO.

Key elements, for me, included:

The limitations of Big Data
The panel discussion, including great contributions from Lucien Bowater from BSkyB and Mark Risley from Google, emphasised the current limitations of big data in terms of the sorts of problems that market research is asked to answer. Big data approaches work best when there is a clearly defined, narrow question, and sufficient resources to find an answer. In many cases, market research is being called on to answer a more general, less well defined problem. Lucien, more than once, made the plea for research to tell him where to dig, i.e. provide a broad answer to a broad problem, and then he can apply more detailed techniques. 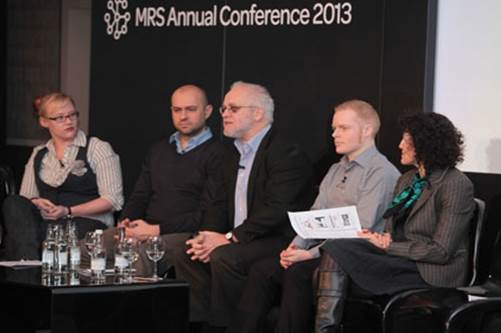 What market research can learn from art
The closing speaker on the first day was UK artist David Shrigley [http://www.davidshrigley.com/]. For me the main message was ‘be braver’, if we have an idea we should present it, without seeking to build lots of safety nets or excuses, just present it. Shrigley shared a large number of his drawings and some of his videos with us. The one for Scottish knitwear brand Pringle was especially eye catching and memorable.

What market research can learn from science?
The BBC broadcaster and professor of physics Jim Al Khalili gave a great closing presentation to the conference. Amongst the themes he covered were the dangers of paradoxes, showing that we can trap ourselves with faulty logic. He also highlighted the degree to which scientists have to deal with uncertainty, and the limits to what can be known. By contrast to his modern view of science, most market researchers either seem to reject science or have a primitive 1920s approach to science based on proving ideas, as opposed to basing their approach on ‘falsifiability’.

Scenario Planning is still less common than it ought to be!
My colleague Niamh Tallon and I ran a workshop on futuring, trendspotting, and cool hunting. Many of the slides I used were taken from a workshop I ran in 2002, however, the news seemed as fresh to market researchers now as it was then. I will come back to this on a future occasion.

Unintended benefits
I found some of the sessions useful, but not in the way that the people presenting intended. For example, the sight, sound and emotion session contained several reminders that a little learning can be a dangerous thing. For example, more than one speaker in the session (IMHO) over-interpreted findings from other disciplines. Indeed this session created a bit of a buzz in Twitter as people highlighted errors, and created the desire to have a NewMR session focused on exploding MR myths.

One thought on “Feedback from the MRS Conference in London”