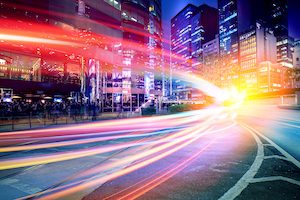 A few weeks ago, I had a need for speed, and the kind people at Infotools really helped. Back in May, I was processing the second leg of the #NewMR study into how are market researchers coping with the pandemic. I had processed the first leg in SPSS, but that was relatively time consuming and with the second leg I had the need to consider both messages within the new data and the differences between the second leg and the first leg.

I had seen the analysis that Geoff Lowe had done for the New Zealand Research Association (RANZ) using the Infotools product Harmoni, and given that Infotools are a sponsor of NewMR I asked if I could use the platform to help process the data. I am so glad I asked and that they said yes, because it made an enormous difference to the speed that I was able to process the data.

Here are a couple of examples of the sorts of things that made my life easier with this project:

In SPSS I can see the data in percentages, or I can see it in counts, or I can see both. But what I want for speed is to see the columns as percentages and the totals as counts. Here is how the tables I was using looked. I used sig testing because I wanted findings that were significant AND substantial (typically 10 percentage point differences or more). This may not seem a big issue but because it fitted my workflow it made the process so much faster.

Here are two tables, one with nothing interesting, and one with cells worthy of further investigation.

In this case, there is no indication that the proportions of people who were Happy or otherwise differed between to the two waves.

In this case, there is a strong association between people saying working from home suited them and the proportion who said they were Happy. We can also see that the number of people who said Don’t Know was only 96, small but not too small to consider interesting – however the data suggests that No and Don’t Know can be combined into a single code to increase the cell size and make the difference clearer.

Using Discover to show me where to look

One of the useful tools in Harmoni is Discover. I used it to specify a group (for example Number of Employees) and it shows me all of the breaks that are statistically significantly different. From this list I can look at all of the cases, where the differences are large enough to be interesting, to explore what is happening.

Why is this quicker? With SPSS I tended to look at all of the areas of possible interest, most of which did not contain useful differences. By using Discover, I went from maybe 10% of my dives into the data delivering something useful to about 50% – and that resulted in more speed.

Here is an example of the output of Discover.

In this case, I asked Harmoni to ‘Discover’ using the summary version of the size of company variable. In Discover, one selects one of the answer codes to be the Target, and in the example above I chose the variable single person companies (the freelancers and sole traders). The table then identifies all the breaks that are statistically significant and ranks them from the most significant positive differences through to the most significant negative differences.

In the example above, we see that 77% of the sole traders had seen their income reduced, but this was only 52% for the smaller companies (up to 99 people), and only 32% of the people working in larger companies reported their income as being lower.

This listing, (i.e. the most significant positive and negative comparisons) provides a fast start for knowing where to dig deeper in the analysis.

For non-trivial cases, Harmoni makes my life much easier than using simple crosstabulations. It also has good visualisation tools, but to be honest, when I am looking at data, I tend to prefer lists to pictures (and when I am presenting I prefer visualisations). At present no software tools will do the analysis for you, so I look for tools that will make me more productive and efficient, that fit my workflow and make it easier to see the patterns.

Here is a recording of Infotool’s Geoff Lowe using Harmoni to explore the NewMR data in the context of first New Zealand and then in terms of the factors associated with researchers being better off or worse off.

If you’d like to find out more about Harmoni (I was using the cloud-based version) I am sure that the nice people at Infotools would be able to help (please tell them you heard about them here.)