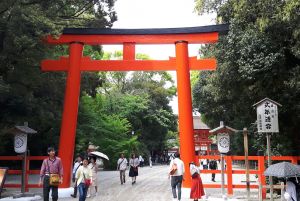 Earlier this week I attended the IIeX APAC Conference in Thailand and it was a fantastic event – I strongly recommend it for next year. Although most of the presentations were great, there were occasional reminders about things that presenters need to be aware of when presenting at conferences, and in particular at international events.

Make your first couple of sentences clear, welcoming, and redundant. When you first start to speak, the audience needs to tune in to your voice, to assess your speed and volume, and get used to your accent. If you have a truly international audience, there is a good chance that 50% of the room will not really understand your first couple of sentences – that is why they should be redundant. For example, I might start a presentation about the ESOMAR Pricing Study with something like “Good morning, my name is Ray Poynter, and I am based in the UK. Today, I am going to be exciting you with five important messages from the ESOMAR Pricing Study”. This sets the tone, is polite, is redundant, and allows the audience to tune in to my voice and pronunciation.

Avoid words, examples and metaphors that might be misunderstood. This is a mistake we all make from time-to-time. We use an example that makes sense in our own country, but which does not make sense to a wider audience. Over the years, I have heard Canadians describe ‘stick handling a project’ (a metaphor drawn from ice hockey’, Australians ‘nutting out a project’ (determining the details), UK people ‘tabling an idea’ (which means to ensure it is discussed), US Americans ‘tabling an idea’ (which means it is not discussed), and so on. The best way to catch these is to rehearse your presentation in front of somebody from another culture, and brief them to alert you to anything that sounds weird or unfamiliar.

In general, metaphors drawn from sport are often problematic, for example the British ‘kick it into the long grass’, a wonderful (when understood) metaphor for slowing progress down by taking some action (such as setting up a consultation exercise). Another source of confusion relates to age, many people in the audience may be under 30, they may have no idea who John Lennon, Babe Ruth, and David Ogilvy were. So, if you are over 50, rehearse with somebody younger, and if you are younger, try rehearsing with somebody older.

Utilise Repetition. At school most English-speakers are taught to avoid repeating the same adjectives, nouns and verbs. This approach remains valid in written reports and when presenting to an audience who shares your background and language. But at an international conference, repetition reduces the workload for the audience, allowing them to focus on the story you are telling, rather then having to keep checking whether your change is a matter of style or substance. For example, if you start by saying multi-country, stick with it, rather than throwing in global and international for variation.

Use the screen to reinforce your words. When using complex terms (e.g. collinearity) or easily misheard terms (e.g. qual versus quant), it is a good idea to show these words on the screen. Similarly, if your pronunciation of people and places is not great (e.g. Tier 2 cities in China for me), then ensure these names also appear on the screen. This is not an excuse to make your slides text heavy. If you aim for an average of five words per page when presenting to an English-speaking audience, you might find it helpful to move to an average of eight or nine words.

Let the audience know you have finished. I quite often see a presenter stop speaking, shuffle their feet, look at the audience with a plaintive expression – this could mean they have forgotten what they were going to say next, it could mean the clicker has stopped working and they are waiting for the next slide, but it usually means they have finished. This is occasionally a problem within cultures, but seems to be a bigger issue with international conferences – perhaps because both speaker and audience are less tuned in to the nuances of voice and body language. So, make it clear that you have finished (as opposed to stopped) and the audience has your permission to applaud. Of course, if you have employed good storytelling principles, it will be clear that you have finished, you have built up to the end and given the audience a powerful and clear call to action. However, to be on the safe side. Say something like “Thank you very much for listening and I look forward to your questions.” Also, it is a great idea to change the slide from the last page you were speaking about to a page that signifies the end. This could be ‘Thank You’, or ‘Questions?’ or a combination of thank you and information about how they can contact you.

Do not hand your presentation over to the AV team at the last minute. Whenever I attend events where presenters are permitted to hand over their presentation (or an edit to their presentation) just before their session starts, it goes wrong for some presenters. If you have non-standard fonts, they may change, making the slides hard to read. Sometimes, when you move a presentation from one machine to another, images disappear – which makes your presentation look pretty poor. My preference is to get the materials in on time, well in advance of the event. However, if you are going to arrive at the event with an update, make sure it is loaded onto the conference computers early enough for you to check it (for example clicking it through and watching it on the screen). This means talking to the conference team, and it often means arriving in the conference hall well before the start of the day, or during lunch.

In general, avoid special fonts, the conference computer will substitute alternative fonts, which may not only look different, but may also be a very different size. A few conference organisers might let you send them a copy of the fonts to install on their machines – but even when this is agreed, it does not always happen. Moving presentations from PC to Mac (or Mac to PC) frequently introduces unwanted and unhelpful changes.

A good precaution, if you want to be safer, is to give the conference team your presentation in both PowerPoint and PDF format.

Other Points or Suggestions?
Thank you for reading my post. If you would like to add any comments, please use the comments facility below.

Hat Tip
These notes draw heavily on workshops I have run in the past with Tomoko Yoshida and Sami Wong, and which I will be running in Bangkok 2018 at ESOMAR’s APAC Conference.

3 thoughts on “Hints for Presenting at International Conference”