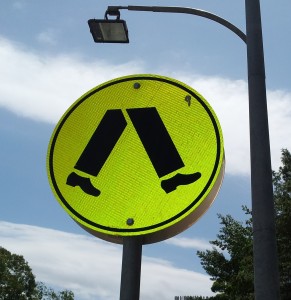 Almost every week there is a key discussion in the NewMR LinkedIn group, tackling a specific topic of interest. This week I asked “In 3 years, what % of adults will have a mobile phone, how many will be smartphones, and how many will be connected to the internet?” and broke this down into three questions:

There are lots of interesting replies from people such as: Siim Teller, Etienne Zervaas, and Thomas Ball, and I encourage you to check the discussion out.

But, I thought I would share my replies with this blog as well as the discussion.

What percentage of the world’s adult population will have a mobile phone in 2017?
The ITU estimate that there are about 7 billion phones in use, allowing about 1.8 per actual user, deduct about 1.5 billion people as children, some of whom have phones and we are currently at about 65% of global adults with a mobile phone. So, in three years my guess is that we’ll be in the range 80% to 85%. However, if we were talking about adults of working age, with any form of income, I think it would be 95% by 2017.

What percentage of the world’s population will have a smartphone?
About 55% of phones being sold at the moment are smartphones according to IDC. Many people replace their phones in 3 or fewer years, and the rate will increase from 55%, so I am going to say 70% of people with phones in 2017 will have a smartphone (they may also have an older phone in many cases) – so about 60% of the global adult population.

How many will have mobile connections to the internet?
The ITU publish mobile phones subscriptions and mobile internet subscriptions, so we can see the ratio. In 2007 mobile internet subs were 8% of mobile phone subs, and it climbed steadily until 2011, when it was 19%. Then it jumped and 2012 was 24% and 2013 31% – so by 2017 I expect the ratio to be 50% – i.e. half of mobile phones having a subscription to something like 3G or 4G or something that approximates to it. So my guess is about 40%-45% of adults will be using the mobile web, or about 50% of the world’s adults of working age with some sort of income.

Wow!
My estimate is lower than most of the others so far, but even it is awesome in its implications – half the world connected to the internet, via mobiles. If you have not started getting ready for 2017, it may be already too late to get ready in time?

2 thoughts on “How many people will be using smartphones to access the web in 2017?”