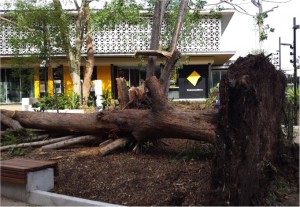 VUCA is a term that we are going here a lot over the next few years, it is a term that goes to the heart of paradigm shifts in the world that require changes in how we deal with our world. These changes reach far beyond the sphere of market research, but they do impact market research and the way we try to help organisations make better decisions.

VUCA stands for Volatile, Uncertain, Complex, and Ambiguous. The term VUCA dates back to the 1990s and emerged from military vocabulary and has gained much wider usage following it being adopted by Nassim Nicholas Taleb in his book Antifragile. The key point being made is that the has been a fundamental shift away from a world that is largely predictable to one that that is less predictable, where black swans (unpredictable, major events) are more common, and where the world has moved from mediocristan (a world where the norm is the normal distribution) to extremistan (where the key events do not follow the distribution of the bell curve).

What is a VUCA world?
One great example of the changes wrought in a time of VUCA is the life expectancy of major companies. A study by Richard Foster pointed out that in 1920 the average lifespan of an S&P 500 company was 67 years, by 2012 this had fallen to 15 years. In 2012 Professor Foster predicted that by 2020 three-quarters of the companies on the S&P 500 would be ones we have not heard of today.

In terms of geopolitics the world has been on a roller-coaster since the fall of the Berlin Wall. The Middle-East, ebola, the crushing of countries like Greece by the orthodoxy of bankers, the changes in Russia, and angst wrought first by the increase in the price oil and then by fall in the price of oil all exemplify the original purpose of the term VUCA.

Technology is changing our world in new and unpredictable ways. We will soon see a situation where most of the world is using a smartphone connected to the internet, where technology can track every movement we make, where software can interpret the images we create and text we leave behind us, and where predictive analytics will get most things right and many things disastrously wrong. For example, police forces around the world are starting to use software to detect ‘precrime’, to work out where crimes are likely to happen and who is likely to commit them. In many cases this will be great, but the downside will be chilling!

NPD in a VUCA world
At the MRS Conference in London this week I was lucky enough to chair a session that looked at NPD and concept testing in a time of VUCA. Sam Gomez from Flamingo, Kristen Hickey from Ruby Cha Cha, Phil Graves from Shift Consultancy, and Olivia Taylor from Innocent Drinks explored the problems and offered some antigragile solutions. One of the key problems was identified by applying behavioural economics to research buyers and providers. The issue of loss aversion highlights that the pain of losing something is greater than the pain of not gaining something. Research users and providers are sticking with a stage gate approach to research that most of them feel is inadequate, but they are reluctant to lose the comfort of the known for the risks of the new.

Innocent Drinks were able to show how they had used behavioural economics to design and launch a new vegetable drink, without the delay, cost, and error associated with classic stage gate tests.

The Green Lumber Fallacy and MR
One of the concepts in Antifragile is termed the Green Lumber Fallacy, which refers to focusing on the wrong knowledge. The name relates a trader who over a period of years made millions from trading Green Lumber. Evidently the trader did not know that Green Lumber was freshly cut trees that had not been seasoned, he thought it was wood that had been painted green. However, this error did not prevent him from being successful, because in this case knowledge about the treatment of lumber would not have helped. Taleb in Antifragile quotes another case where a trader who was unable to locate Switzerland on a map was still able to make a fortune by trading on its currency.

In the world of market research we can see a similar picture when we look at Byron Sharp’s book How Brands Grow. Sharp makes the point that when people focus on a product too closely they think that can see patterns that are not there, that it is strong because it is small and it should focus on loyal customers and not worry about less loyal customers. Sharp shows that markets behave in a particular way, everywhere where there are markets, and for all products and services. For example, he highlights that all markets exhibit double-jeopardy and that the brands with the largest number of customers also have the most loyal customers. The ‘right’ knowledge is more about markets that it is is about the specific product and service. Just as in the Innocent Drinks example above the answer was more about people and what triggers them than it was about the product being developed.

More MR examples of VUCA?
I am keen to collect more examples of how VUCA is impacting the world of market research and insights. Please share your examples of VUCA problems and/or antifragile solutions in the comments section below.

Ps, as some of you will have noticed I stole the structure of my title from Gabriel Garcí­a Márquez, so here is a quote too “He allowed himself to be swayed by his conviction that human beings are not born once and for all on the day their mothers give birth to them, but that life obliges them over and over again to give birth to themselves.” Gabriel Garcí­a Márquez, Love in the Time of Cholera.

Market research needs to realise that in the time of VUCA it needs to give birth to itself, over and over again.

One thought on “Market Research in the Time of VUCA”