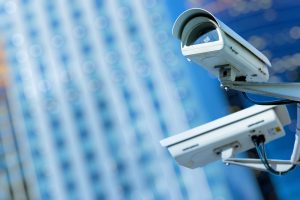 The world is shifting from asking questions to utilising observational data (mostly for very good reasons) and this is creating a new set of problems that researchers need to recognise and address.

Observational data can be based on census or it can be based on sample. For example, a few years ago a leading mobile phone company was able to sell very detailed data about the movements of its contract customers (over ten million people), but it could not provide this information for its millions of ‘pay as you go’ customers. In this case the mobile phone company was (depending on your view) offing a census of its contract customers, or it was offering a large sample of its total customer base (or a sample of all mobile phone users in the country). In contrast, a food delivery company from a small town may have data on all of its one-thousand customers. The data might comprise: what was purchased, when it was purchased (date and time), the price, the delivery time, and perhaps background variables such as the weather. This observational data would be a census, even though it was based on just 1000 customers.

Observational data can be relatively objective or more subjective. If, for example, the data comprises a digital record of all bank transactions it would be considered objective and numeric. If the data were ethnographic notes from a researcher observing the customers of coffee shop, the data would be more subjective, and (in all likelihood) less numerical.

Observational data can be numbers, images, videos – indeed anything that can be recorded. Observational data can be recorded without people actively doing anything, for example monitoring their mobile phone connections to cells, or it can be the result of actions they take as part of their everyday life (for example things they post to social media).

There are also some nuanced observational techniques which blend questions and observations, for example an ad testing system where a sample of people watch one or more ads, answer some traditional questions, but they are also observed using techniques such as eye-tracking, facial coding, and perhaps some form of brain scanning. This is observational data, but not based on observing people in their natural environment, going about their everyday lives.

Why the shift to observational data?
There has been a major shift towards observational data in terms of gathering data to inform insights about people and the actions they take. This has been the result of several trends that have tended to pull in the same direction:

What are the main problems with observational data?
Despite the attractiveness of real data, from real customers, living real, everyday-lives, observational data creates its own problems. Researchers need to be aware of these problems and seek to address them. The problems include the following ten issues:

The second problem relates to information you might uncover and the actions you should take. This ethical problem is clearest in social and medical research. Two different treatments or plans are put into use – one group receive option A and the other group option B. However, if the results of the trial show that one of the treatments is less good (or actually harmful) then it may not be ethical to keep the trial going, which means the information may be compromised.

In a commercial situation, in many countries, if the analysis of observational data shows that people are on the wrong mobile phone plan, if they are paying too much for their energy, or if they could have bought a cheaper ticket, then it may be unethical not to intervene (indeed some governments/courts may also decide it is illegal mis-selling).

Observational research should be reviewed for its ethical implications – and the nature of what is ethical is likely to continuously evolve for the foreseeable future.

Want to find out more about this topic?
I am going to be broadcasting a webinar presentation on this topic as part of the NewMR Future of Data Collection event on Thursday, 24 May. You can find out more, or sign up to, this free webinar by clicking here.

I will be presenting a paper on this topic at the BigSurv18 conference in Barcelona, 25-27 October. To find out more about this conference, click here.

I am also preparing a paper to submit to the IJMR (i.e. lots more references and less opinion Ray Poynter) – if you have material or ideas that you think I should address, please reach out to me.