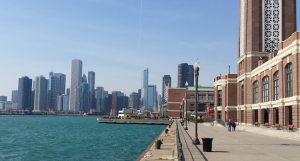 Market Research is becoming more and more USA dominated. The ESOMAR revenue figures for market research show that in 2006 the USA accounted for 34% of all market research. By 2015, the USA accounted for 45%. By contrast, many other key countries have declined in terms of their share of the global total: France from 8% to 5%, Germany from 8% to 7%, Japan from 5% to 4%, and Brazil from 2% to 1%.

Does this shift, from the rest of the world to the USA, indicate that the USA model is better? Should aspiring research companies, ones that want to expand internationally, become more like USA companies?

In my opinion, there is some merit in the benefits of the USA model, but (as I will explain in this post), I think there are also benefits in what is sometimes called the ‘mid-Atlantic model’ – something that lives part way between Europe and North America.

Why has the USA done so well?

First, let’s look at why the USA has grown so strongly, in terms of market research. Key reasons include:

Other trends could also account for some of the growth, for example the growth of customer-centricity, evidence-based decision making, and the increased use of KPIs/metrics/dashboards in the USA.

Who are the successful MR companies?

Although the USA is by far the largest market for market research (nearly 50% of global MR spending happens in North America), this does not mean that all of the most successful companies are from the USA.

The top six MR companies account for 43% of global research. Note, this probably means about half the people employed in market research work for these six, or supply services to these companies, or have major dealings with them. These companies (and their share of MR) are:

From this table, we see the major influence the USA has, but also the strength of Europe. The top company from outside North America/Europe is the Japanese company Intage at number 10. We can also see that the key USA strength is in having a relatively narrow, data-led speciality. The three European agencies are more general purpose in their market research approach. I believe this difference in focus reflects cultural differences and has lessons for the market research industry.

Key Strengths of the American Approach

There are some factors that I believe benefit North American companies when dealing internationally. When I say benefit, I mean commercially, not necessarily emotionally or culturally. In doing this analysis and the next element, I am going to draw heavily on Erin Meyers The Culture Map (see my review here).

If we look at USA characteristics, we can see many strengths, but there are also some suggestions of why many USA market research companies have struggled to establish themselves in the global general market research space.

The USA is an outlier in two interesting and interacting areas. The USA has a very applications approach to progress (action rather than theory) and a very top-down decision-making process (most cultures have more consensual decision making than the USA). In a market that the ‘top person’ understands, this top-down, moving quickly approach can be very successful. However, when working in markets where the ‘top person’ does not understand the culture or the problems, these two elements will often conspire to create frustrations and breakdowns. This problem is often exacerbated by the USA culture of people aligning themselves with the decision of the top person, whereas many other cultures have a strong belief that doubts should be aired and discussed.

These two interacting cultural features, the desire for action over discussion, and top-down decision-making often reduce the effectiveness of American companies overseas – especially if they have little personal experience of the local markets.

A key factor determining how market research should be done is the needs and expectations of the client. USA owned companies are by far the largest buyers of market research. These companies (and international companies like Unilever) expect low context communication, linear time (at least as far as the supplier’s commitments are concerned), and will be task-based not relationship-based (e.g. they mostly won’t buy from you if they like/respect you more, but your rival have a better offering). In matching the needs of the client, the USA approach tends to be very strong.

The flipside of the client relationship (which is very Western) is the relationship with the people being researched. It is not reasonable or possible to ask buyers of washing powder in Jakarta to adapt to an American or European way of thinking or communicating. The people at the sharp-end of the market research process (the people designing research and interpreting results) need to have two modes when dealing with international research – they need to deal with Western requirements of their client and overseas research colleagues, but they also need to work locally, which may mean being time-flexible, relationship-based, and utilising high-context communication). The top-down, applications-first model of USA companies often fails during this part of the process.

My recommendation for companies aspiring to international growth

Here are my top tips, some of them I will expand on in other posts. Note, these tips relate to working internationally. They are largely irrelevant if you intend to work only in your home market. I would call these mid-Atlantic – they are heavily shaped by the USA, but they have key elements of the European way blended in.

So, there are my thoughts about how to increase the chances of working successfully in international market research. I would love to hear:

And, as a bonus question, who recognises where the photo at the top of this post was taken from?