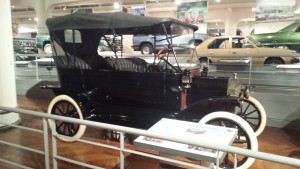 In Western society, fears and concerns about automation creating job losses and social disruption date back, at least, to the early 19th Century and the Industrial Revolution. In 1811 the UK saw the rise of the Luddites, protestors who were smashing looms and factories that were changing their lives – shifting them from self-employed home-workers to factory employees. The luddites were unsuccessful, production moved into factories, cost fell, output increased, wages fell and many starved. However, across the wider economy more people were employed and more people were better clothed. The economy won, many people won, but some people lost and suffered terribly.

The history of automation has not simply been a history of job destruction; it has also been one of change and job creation. During the 20th Century the US saw automation change the nature of work. For example, automation-led change resulted in a fall from 40% of the US workforce being employed in agriculture to 2%, but it also led to an increase in the proportion of the US population in employment and a massive increase in the total number of people employed. The growth in jobs created by automation was facilitated by massive levels of immigration.

This pattern of job loss and job creation has continued. According to the MIT economist David Autor the number of bank clerks in the US increased between 1980 and 2012, despite the rapid increase of ATMs (automatic cashpoints). The IT revolution in finance resulted in more financial products being created and more people working on selling and handling those products and services.

The history of automation shows that there are usually winners and losers. The losers are often easier to identify, as they are the people who lose their jobs or resources. The winners are often those who most-effectively deploy the new technologies, those employed by them, and those who use the services and products. If we look at the early 20th Century and car building in North America, the losers were those who built cars on a small scale and even more so those who focused on horse-drawn vehicles. The winners were companies like Ford and Chrysler, the hundreds of thousands who found employment in the Detroit area building cars and supplying the auto industry, and of course the millions of people who were able to buy a car.

The new winners and losers

The earliest forms of automation tackled manual tasks (such as building cars and harvesting fields), the second wave tackled repetitive tasks (such as giving cash to customers of banks) or tasks where people could serve themselves (such as booking holidays and travel). The next wave of automation is tackling more complex jobs, including many that were thought to be ‘creative’, such as:

Other sectors that look likely to be massively impacted include: solicitors, accountants, HR professionals, middle-managers, and designers. One interesting prediction and indication of the impact on the creative industries is that the rise of automation, computer animation, AI etc. could massively impact the movie business, including the role of actors. In the future Brad Pitt and Kate Winslet could find they are increasingly competing for work with AI versions of Humphrey Bogart and Lauren Bacall.

The losers will tend to be those companies who do not adopt the new approaches and the employees of those companies. If history is any guide, then we would expect these sectors to grow because of automation, their products and services will become cheaper, so they will sell more – but the number of people employed per $ will fall. The winners will be the owners of the platforms that win the automation wars, along with the people who best utilise those platforms.

3 thoughts on “The Paradox of Automation and Increased Employment”