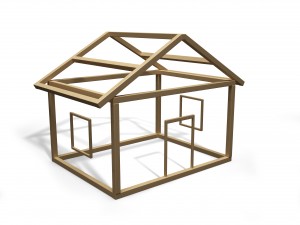 Before Information Technology a framework was the skeleton of a building or object, something around which the finished product could be built. But, over the last 30 years the term framework has expanded into a much wider range of situations, embracing conceptual structures and procedural models. It is this wider concept of frameworks that is of value in helping find the story in the data.

Examples of well-established frameworks include:

It is also worth mentioning a couple of specific methods that include the terms Framework:

Why do we need a framework approach to finding the story?

What teams need, and what most individuals need, is a systematic way to approach a data set that will efficiently and reliably find the story within the data. Especially when the data comprise disparate streams of information, such as survey data, social media discourses, transactional data, and qualitative data.

A framework approach to finding insight creates a system that can be standardised within a team or organisation, that can facilitate collaboration (which is hard with intuitive approaches), and which can help avoid issues such as silo thinking. However, it whilst a framework approach can be efficient and reliable, it will rarely be as fast as a good intuitive researcher working on their own – but it is more replicable and less prone to error.

The framework you develop for your organisation will be unique in its detail, but will probably share some key characteristics. Below I have set out a simplified basic framework.

Note, although I have set out this framework in a linear form, it should be approached more flexibly. When answers start to appear it may be necessary to re-frame the original problem, for example making it narrower or wider, depending on the circumstances. During the process of identifying the finding it may be necessary to source more information or re-visit the organisation of the data. During the creation of the story it is usually important to challenge the story, this may require the researcher to go back through all the steps, from problem definition to story creation.

This post is based on a series of workshops I have run with different organisations. Over the next few months I am booked to run several more workshops and presentations and I am working on a new book (which will be published late 2016 or early 2017). Therefore, I will be publishing a series of posts and I’d really appreciate feed on the points raised, the methods suggested, and the detail of what I have said.

If you have any case studies you’d like to share, or examples of problems, or references to interesting articles and books, please let me know – either as a comment on this page or via email.

4 thoughts on “What is a Framework and how do they help find the story in the data?”