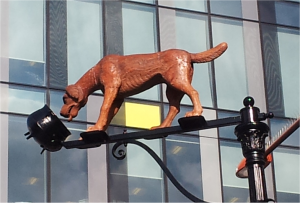 Following the discussion on tablets in mobile market research, this post addresses the wider issue of why somebody would want to conduct a study that is mobile only.

Having spoken to a wide cross section of clients and researcher, typical reasons for a mobile only study seem to include:

Another example of point 3, a more appropriate sample, is provided by French company ELIPSS who have created a panel of people, selected via random probability, to whom they have given an internet connected tablet, creating a sample source that is both internet enabled and broadly representative of the group they are seeking to represent.

Two items which are currently not on the list are a) to be cheaper, b) to be faster. This may change in the future and faster and perhaps cheaper could become drivers of mobile usage. But here is why we don’t see them as drivers at the moment

However, if the desire to use mobile drives researchers to use shorter surveys, the net effect could be cheaper studies – as well as better and faster.

Faster
Faster is a plausible benefit for mobile, although this is a matter of degree. When online research, coupled with online access panels, burst on the scene, one of the key benefits was speed, days instead of weeks. In terms of mobile the speed difference for data collection is likely to be hours instead of days. However, this does not mean that most project turnarounds will reduce by the same factor. A project includes, design, scripting (the writing and testing of the survey), the fieldwork, and the analysis. Reducing the fieldwork from, say, 48 hours to 4 hours might reduce a project from five days to four days – good, but only crucial sometimes.

However, mobile data collection may come into its own when researchers start requesting, near, instant results. Consider the launch of a campaign, or assessing an open-air event, or dealing with the impact of a product disaster like a recall, a mobile survey could be sent out within minutes and a broad, cross-section of people could reply within minutes, potentially allowing real-time management of the campaign, event, or news.

Big shout of thanks to Frankie Johnson for highlighting mCAPI in relation to the previous post, and to Gerry Nicolaas for bring Elipss to my attention.

So, what are your thoughts? Would you make any major additions, deletions, or amendments to our list? Are you aware of interesting examples of people doing some of the less common alternatives?

2 thoughts on “When and why to conduct mobile only studies?”