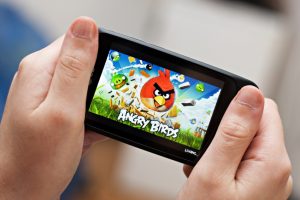 Until 2012 I used to write a blog on Typepad and recently I have been tidying it up so that the blog can be deleted. The post below was originally posted on 30 July 2011 – back in the days when Angry Birds was all the rage. I thought I would re-post this blog now to help emphasise how little has changed and how far we are from having a new paradigm for reporting.

“Will anything replace PowerPoint soon?
Posted by Ray Poynter, 30 July, 2011.

It is hard to imagine anything replacing PowerPoint in the foreseeable future.

There are some key elements that a system for delivering results and insights has to have to be a standard, including:

In the foreseeable future I do not see anything coming along that does what PowerPoint does better, cheaper, or faster.

I think there will be some great developments in reporting tools, but most of these will be for analysts, not end clients. I think that interactive infographics will facilitate analysts gaining better insights. But when that insight needs to be shared with 40 non-specialist clients spread across 20 offices and perhaps 8 countries, it needs to be turned into something like a photo, or a book, or a newspaper, or a report, i.e. something static, reliable, and which requires relatively few skills to read and interpret.

One of the problems for vendors is that many clients say they want a system that is really easy to use and is at the same time flexible. But what they mean by flexible is inescapably linked to harder to use. As an example, SPSS is a relatively powerful way of storing quant data, it is relatively flexible in its analysis, and it is pretty easy to use. However, most end clients would not dream of using SPSS to access their results.

BTW, when I say end-clients I do not mean insight managers inside client companies, many of whom are perfectly willing and capable of working with interactive analysis tools. I mean the people whose full-time job does not include analysis, for example: brand managers, finance teams, creatives, designers, i.e. people who would like to be informed by the outcomes of research, but who do not have the time to learn how to do or analyse research.

In the longer term I think we will produce a reporting paradigm that reflects the fact that different people learn in different ways, some people like pictures, some like numbers, some like written text, some like to hear it, some like videos, and some like interactive learning. The results product would include the raw and processed data (but out-of-sight to 99% of users), the analyst’s findings would be linked to the data and would be capable of being presented in text, infographics, in colour or black and white (remember colour sucks for colour blind people), in sound rather than images (images suck for people with visual impairment), and with differing degrees of abstraction (a senior exec might say – show me it in 100 words, a doubtful exec might say about a particular finding “substantiate that”). Such a system would also seek to have a natural language processing system for queries, perhaps a bit like WolframAlpha, so the exec could simply ask, “Which concept performs best amongst our younger customers?” and the system would report back the answer.”

In the latest “Dapresy 2017/18 Annual MR Technology Report” authors Tim Macer and Sheila Wilson comment “On the analysis and reporting side, as in previous years, PowerPoint continues to drown out all other delivery methods.“

In 2011 when I wrote the blog post above, Prezi was storming the world, new options like SlideRocket claimed to be the future, and reportals and dashboards were getting into their stride. My post reflected something of a minority view in 2011, i.e. that PowerPoint would remain dominant.

One thought on “Will anything replace PowerPoint soon? (a forecast from 2011 revisited)”