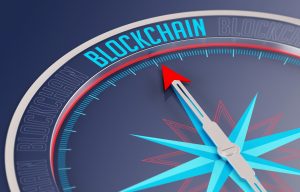 Have you noticed that there seems to a lot of people who are shouting about how important blockchain (and or cryptocurrencies like Bitcoin) are going to be for market research? In November 2017 a Quirks article claimed “blockchain is turning marketing research on its head” and at IIeX Europe Rolfe Swinton and Snorri Gudmundsson presented “10 Reasons Why Blockchain is a Big Deal for MR – And What You Can do About it”.

Although I am a fan of technology, I am a sceptical fan, and all the buzz about blockchain stimulated both my interest and my scepticism, so I set about finding out more about blockchain and issues such as cryptocurrencies (like Bitcoin) and smart contracts (such as those created using Solidity and Ethereum).

Whilst I can’t be 100% sure, my gut feel is that blockchain will not disrupt market research within the next five years (and maybe never), and here is my line of thinking. Of course, I could be wrong 🙂

What is blockchain?
Blockchain is the technology that underpins Bitcoin. Indeed, in 2008 blockchain was Bitcoin, and Bitcoin was blockchain – but now there are other blockchains, some with different uses. A blockchain is a data structure where items can be added, but they can’t be edited or removed – using a system called a hash tree. For example, you might start by saying Tom has 2 bricks. If Tom gives one brick to Dick, we do not edit the existing values, we add transactions to show one brick has gone to Dick, which means we know Dick has one and Tom has one. This is the immutable nature of block chain that people describe as a strength. The popular blockchains (such as Bitcoin) are held by many different organisations on many different computers, making the integrity of the data secure from tampering. In a cryptocurrency (such as Bitcoin or Litecoin) the blockchain shows all the movements of money, in an accounting system it holds all of the transactions, in a contract system it holds all of the contracts.

The three key elements of a blockchain are: that the blockchain is held by many computers (rather than being held by say a bank or a Government), it is protected from tampering by cryptography, and data is only added to it (never edited). The famous blockchains (such as Bitcoin) are publically accessible, but there are also private blockchains.

What is Bitcoin?
Bitcoin was the first and is currently the biggest of the cryptocurrencies. Unlike most forms of money, Bitcoin is not backed by a bank or Government, and unlike most forms of money it is currently subject to relatively little regulation (but that is changing fast). To use Bitcoins you need to have a Bitcoin wallet, and for most people that means an account with a third-party – and it usually means you have to have a conventional bank account.

One of the features of Bitcoin is that every 10 minutes a new block of information can be added to the chain (storing all the new transactions). Companies compete to be the first to add the block and earn Bitcoins if they are successful. This competition requires a lot of computer power, which is why the process is controlled by a small number of companies, and has resulted in Bitcoin using more electricity than the whole of New Zealand.

There are about 16 million people around the world with Bitcoin wallets, many of them in China. There are substantial concerns that even with its modest current level of Bitcoin usage it is becoming unsustainable in terms of block size, power consumption, and transaction delays.

The three most newsworthy elements of Bitcoin to date have been: 1) the volatility of the value of Bitcoin (an upward trend with occasional crashes), 2) the large number of scams and thefts that have happened with Bitcoin, 3) its major role in the illegal sale of drugs and such.

What is a Smart Contract?
The idea of smart contracts is much older than blockchain, but in recent years the two have often been conjoined. A smart contract is one that is defined precisely and stored immutably (i.e. it can’t be changed). The terms of the contract can be triggered automatically so that the fulfilment of the contract can’t be reneged on. For example, the advocates say, you could have a contract between a radio station and an artist that every time their song was broadcast they would get a royalty payment – and this would all happen automatically. The lead organisation in terms of smart contracts appears to be Ethereum (which is also a cryptocurrency) and its contract language Solidty.

There isn’t space to going into smart contracts properly in this post, but my understanding of them is that we won’t see a general, working version of them in the next 30 years – because we can’t actually write fool proof contracts for non-trivial things. However, for the rest of this posts I will pretend that smart contracts are possible – to help with the narrative flow.

How might blockchain disrupt MR?
The advocates for blockchain point to several ways in which they believe it will disrupt the market research industry – and I outline the key ones below.

1 Disrupt the  Sampling Industry
The advocates assert that blockchain (and smart contracts) will deal with the two biggest problems in sampling:

The biggest problem with this claim is that most people dealing with sample (buyers, users, and providers) do not see these as the two biggest problems. Indeed they believe they have already solved most of these problems.

The biggest problems tend to be:

Solving these four key problems does not require blockchain. It might be used, but people using it won’t gain an advantage over people using other good solutions.

A good example of the sampling challenge is the innovative company earn.com – which uses blockchain approaches. People can sign up to earn.com and say send me an email, pitch to me, or send me a survey and I will take part for $x. However, until they have millions of people, a quota sampling system, a method serving surveys, the ability to do translations, craft surveys, produce reports – they won’t break into the big time. And if they were able to do all of that, would it be disruption, or just another sample provider?

2 Making data more accessible
This idea is perhaps the most seductive and the most mistaken. The idea relates to a real problem. Market research data suffers from being hard to aggregate and process across projects. The data tends to live in silos, it is in different formats, and relates to different surveys, times etc. So, the advocates say, why not keep all the information from a single person in a single blockchain, immutable and growing over time. This data would include not just MR data but data about their transactions, phone usage, exercise patterns, and all their smart home data.

There are two big problems with this (if we could persuade people to take part and persuade regulators to allow it).

1) Merkle Trees (the hash tree system used to store blocks in blockchains) are not an efficient way of storing very large datasets for rapid processing. The reasons that many existing structures are used is that they speed up analysis.

2) If we put messy data into a blockchain, it remains messy and hard to use. For example if one study asked purchase on a 5-point scale and asked it before the Likes a Dislikes question while another used a 7-point scale asked after the Likes and Dislikes they are messy – hard to use in combination. To make the blockchain idea really useful we would need a single schema for how all data from all sources would be stored – and whilst that would be wonderful (this is what the semantic web would have been) – it is not going to happen for many years (until we can create an AI application that will do it for us).

3 Creating a personal data economy
This is an idea that has been widely discussed since the 1990s – and it may come to pass one day. The idea is that individuals, all of us potentially, will store all of the data we want to share (our views, our mobile phone records, our purchases, our bank records etc) and we will be able to sell access to it. So, instead of companies like Experian and Google trading in data about you, you will be able to do so, and you will be able decide what to sell and what to keep private.

Many people think this change would be a good idea, but it requires some further technology and it requires millions of people to take it up, to make it worthwhile, and it probably requires somebody to make it happen. I doubt we will see this happen in the next five years, and my hunch is that it may be driven (|when it does happen) by one of the existing data holders (e.g. panel companies, credit card companies, data aggregators).

Smart contracts have been touted as a major innovation for market research. They are immutable and they can be triggered automatically. This means for example, when a company places a contract for fieldwork, the terms and conditions can’t be changed (by either the client or the supplier) and the money could transfer as soon as the data were collected. Similarly, a contract with a research participant could be configured to pay them immediately, every time they do a survey.

However, this line of thinking assumes that smart contracts will be viable – that seems unlikely, because we do not yet know how to write ‘perfect’ contracts. For true smart contracts, the software needs to be able to tell that the contract has been fulfilled satisfactorily (e.g. the survey does not have signs of straight lining or lack of attention) this means an external party (often called an Oracle in the blockchain lexicon) has to decide – removing the automation.

We also need to consider whether the people who buy market research are actually looking for contracts that can’t be altered, that ensure money is paid on the due date, and where they can’t discuss/negotiate variations from a position of power?

5 Frictionless and Lower-cost Payments
The advocates for Bitcoin and blockchain say that they will facilitate micropayments (for example to somebody who does a short survey). However, with the current options available there are some problems. Almost nobody has a Bitcoin account, the cost of Bitcoin transactions is going up, and the delays involved in transactions are increasing (Bitcoin has a fixed global maximum of 7 transactions per second).

The other issue about this solution is that most of the sample providers have dealt with problem of payments, to the satisfaction of research buyers.

What disruptions are market research looking for?
Perhaps the biggest challenge to blockchains producing disruption is the limited overlap they have with key problems that market research buyers are seeking to address. For example:

So, Is Blockchain Irrelevant?
Not necessarily. Just because the version of blockchain invented in 2008 has limited scope in market research, does not mean that Blockchain 3.0 won’t be quite useful. Accounting, public records, and the storing of an individual’s data all look interesting prospects. Cryptocurrencies might have a future – the weaknesses and limitations of Bitcoin do not mean that some future (perhaps Government or bank-backed) system might not be really useful. Smart-contracts may have a role in niches where 100% valid and automated contracts can be created – for example in the sale of stocks and shares between traders.

Want to learn more?
A really interesting book on this topic is David Gerard’s ‘Attack of the Fifty Foot Blockchain’.

On March 19, I will be part of a webinar looking at the future of Market Research, and I will be talking about Blockchain – click here to find out more.

7 thoughts on “Blockchain and Market Research – A force for disruption soon?”