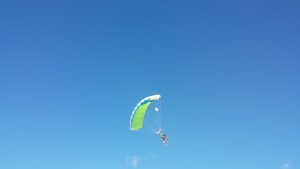 I have just published Five Market Research Trends for 2017, covering issues that I think will be important over the next year. So, it seemed only fair to look back to this time last year to see how my previous predictions performed.

A year ago I published “My Predictions for 2016”, which contained nine predictions. Here is an assessment of how I think those predictions performed.

1) Bigger Legal Problems for Facebook and Google. This has been true in the sense that they have faced a growing number of court cases, especially in Europe, along with investigations into their poor records in terms of paying tax. However, the problems they have faced have not markedly impacted their ability to grow or make money.

2) Automation. We saw lots of movement on Automation in 2016 and that trend looks likely to continue into 2017 (check out the NewMR Debate on Automation being held as part of the Festival of NewMR).

3) Surveys will continue to suffer. This is a slightly tricky one to judge. Each year for the last few years (according to the EOSMAR Global Market Research Report) surveys have become a smaller part of the total research mix, but they are still the single largest method used in research. The polling disaster of the US Presidential and UK Brexit vote was certainly a condemnation of the survey process (amongst other things), and the base of those willing to be surveyed continues to fall. So, yes surveys are suffering, but they are still the main tool used by market research.

4) More Emotion. This clearly happened in 2016 and will continue into 2017 and beyond. There were more neuro-specific events in 2016, implicit became the go-to phrase for people wanting to move beyond simply asking people questions, brands like BrainJuicer and InSites continue to push emotion as the key to change, and the role of emotion in communication is firmly established.

5) Big Data Continues to Disappoint. No equivocation here, the prediction was 100% accurate, as born out by using Google Trends to review mention in the USA in 2016, using the term “Big Data”. Big Data will have a big impact in the future (and is having an impact now in lots of niches), but it needs more time, a better framing of the problems, and more tools before it lives up to its early promise.

6) Gender Equality or Suffer the Consequences. In market research, and in many areas beyond research, this is happening. A growing number of organisation have rules in place saying that their employees cannot appear on single gender panels, and Annie Pettit has kept the research industry on its toes with her regular updates.

7) Tracking: the dam starts to crack. Yes, there were some signs that companies were moving their traditional trackers to other options, but fewer than I expected. I now think 2017 will be the year when the cracks in the dam become more visible.

8) Social, Local, & Mobile. As Meat Loaf said, ‘two out of three aint bad’. The use of Social Media for research, insight and advertising increased steadily in 2016 and will in 2017. Mobile has moved forward, with pure mobile now being reported as a separate line in ESOMAR reports, and the proportion of online surveys being taken from mobile devices approaching 50%. However, location-based research did not really move forward in 2016, and may not in 2017.

9) Training and Competence Building. This prediction was bang on the money – the interest in, and demand for, training has never been higher, as shown by the two 2016 GRIT studies and the success of so many training programmes. I expect 2017 to see a further growth in this area.

I think the predictions were not too shabby. The main miss was location-based research (which has disappointed) and my estimate of the timing for the decline in large-scale trackers. In terms of legal problems for Google and Facebook, and the decline of surveys, I was right about the direction, but the scale of the change was not particularly important.