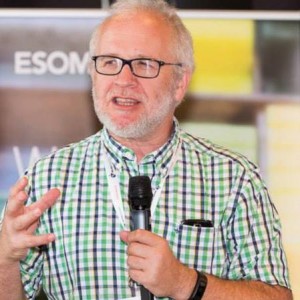 Despite Nobel prize-winning physicist Niels Bohr’s advice that ‘Prediction is very difficult, especially about the future’, here are my predictions for 2016.

1) Bigger Legal Problems for Google and Facebook
This year has shown an escalation in problems for Google, Facebook and other major players. European Governments seem to be getting into their stride, Governments as diverse (and repressive) as Turkey, Russia, and China are putting obstacles in the way of the hegemony that has been created by the major platforms. One judge in Brazil took WhatsApp away from 90 million users for 48 hours with a bang of his gavel. I think this will get more common in 2016, firstly with more fines, secondly with more restrictions, and possibly with jail sentences. These altercations will have implications for people using cloud services, the free flow of data internationally, and probably on the options for marketing to and speaking with people.

2) Automation
The big push is (and always has been) for Cheaper, Faster, Better, but in most cases the real winners are cheaper and faster and good enough (to borrow a phrase from Zappistore’s Stephen Phillips). How do you achieve cheaper, faster and good enough? Automation! Expect to see more and more systems that deliver processes, insight and results through the use of automation. Automation can be faster and cheaper – and that is often enough.

3) Surveys will continue to suffer
Market research surveys are increasingly alienating customers and citizens. As a consequence, response rates for commercial market research are fast reducing below 1%. This means most surveys annoy people and it means they are reflecting the views of a tiny minority. A second problem for surveys is the growing understanding of how the brain works and the limited ability humans have to explain their motivations and actions. The net position is that more and more organisations are moving their serious research away from traditional surveys, towards observation, big data, research communities, social media listening and other options.

4) More emotion
Neuroscience and behavioural economics have reminded us and quantified the extent to which most human actions and reactions are based on emotions. There has been quite a gap between the role of emotions being highlighted by researchers and the tools available for utilising emotions, but that has been changing. In 2016 we will see more use of emotion in the creation and evaluation of services, products and marketing.

5) Big data continues to disappoint
Big data is occasionally really useful and at some point in the future it will be more generally useful – but not yet. Data is growing faster than our ability to use it. Big data is great for highly specified questions, especially ones that relate to predictable patterns. However, big data is not delivering on the practical, everyday decisions that organisations need to make in 2016 and in the near future. Expect to see some very embarrassing cases where issues such as correlation rather than causality or survivor bias lead organisations to make very bad decisions.

6) Gender equality or suffer the consequences
The words of Canadian premier Trudeau on why his cabinet was gender balanced and ethnically diverse “Because it’s 2015” have signalled a change in the tolerance shown to organisations who persist in promoting and featuring mostly (or entirely) white men. In 2016, I think we’ll see a lot more ‘naming and shaming’ when organisations fail to show a more diverse face. If you organise an event and have a panel of four men, or have ten speakers and only one or two or female, expect to be roundly and broadly attacked – especially in social media.

7) Tracking: the dam starts to crack
For several years there have been more and more voices pointing to the problems with large-scale brand, advertising, and satisfaction tracking. Large organisations are spending tens of millions of dollars each on these tracking projects and are complaining loudly that the studies are not fit for purpose. I think 2016 is the year when we will see some of the large, global brands drop their $20 million tracking program and replace it with a light, agile model, costing just a few million dollars. Who will be the winners in this new model? Who will be the new Millward Brown? (note, Maurice Millward and Gordon Brown were the people who invented the modern brand and ad tracking model and scooped a leading role in the market they created).

8) Social, Local & Mobile
There will be more moves into location-based research, social listening, and in particular the use of mobile. Expect to see the proportion of online surveys completed from mobile devices approach 50%. Expect to see more tools for processing images and videos, and expect to see automation have an impact in this area too. The smartphone is the device of now and the near future, if what you are doing does not work with a smartphone it may be doomed.

9) Training and competence building
There seems to be a breakthrough in the number of organisations who realise they need to up-skill their employees to deal with an increasingly complex world. Whilst some pundits have talked about changes in who we need to higher, e.g. more data scientists, the reality is that the key need is to train people in new ways of doing business and in how to buy, organise, interpret, and implement the work done by a growing array of specialists. 2016 will see a big growth in programmes designed to share and inculcate key skills, key ways of framing and solving problems, and ways to evaluate different approaches.

Number 10?
Well, there are my nine. Ten is a nice round number, so what would you add to my list to make it ten?

If you enjoyed this blog, you can read more posts by clicking here.