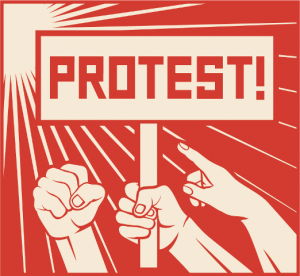 The post below is a guest post from Edward Appleton, Director Global Marketing at Happy Thinking People, based in their Berlin office.

This “politicisation” – oblique or direct – is happening faster than we think and is pretty pervasive. Some examples:

Are we ready for this in market research? The filter bubble is a familiar concept in social media, but what about the interaction that goes on in a Market Research Online Community? Or a mobile chat? Groups? Do we capture authentically how peer-to-peer communication really happens – or are we “shut out” as external observers?

The hypothesis is that people become more inhibited in expressing their true views, with multiple social pressures encouraging more “acceptable” responses – if honesty is likely to offend, then why open up?

There are various elements of a MR project that could be affected, including:

The backdrop is likely to be “business as usual” of course – speed and cost driving change, but maybe this area is something we need to sit up and think about.

Brand owners will be engaging with their Advertising agencies regularly – how to respond to a politically changed, charged atmosphere, without meddling in things that can backfire, or coming across as out-of-touch. Online campaigns are a wonderful area to explore and test alternative content approaches at speed.

Qual in particular is potentially well placed to react – let’s rise to the challenge!