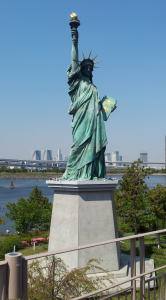 The ITU (the International Telecommunication Union, the UN agency that looks after ICT – information and communication technologies) has produced a useful update on ICT facts and figures.

The report is well worth reading and shows, amongst other things:

The ITU is 100% wrong on penetration
So, it is a pity that the ITU refer to a highly misleading statistic in their report, which challenges the value the way that data from the ITU will be considered. And, it is a pity that some people in and around the market research world have picked up on this misleading number.

What is this misleading statistic? I am referring to the part of the report where the ITU says that the penetration of mobile-cellular is 96% globally and approaching 100%. It then compounds its dodgy use of language when it describes the penetration in the developed world as 128%, and describes mobile-cellular penetration as 170% in the CIS (a subset of the countries that used to be in Soviet Union, including Russia).

Let’s just think about 100% for one moment. In the way we normally use the phrase (for products, diseases, education, services) 100% would mean every baby, every prisoner, every homeless person would have one. For example, when we estimate the penetration of a TV show we interview a representative sample and gross up to the population. Clearly, it would be a nonsense to claim that 100% of people have a mobile phone. By the time we get to 170%, we can see that the ‘normal’, or useful definition of penetration is not the one they are using.

So, what do the reports of 100% penetration mean? Read the non-nonsense bits of the ITU report and you will notice that the team who have produced the charts (as opposed to the copy) refer to mobile-cellular subscriptions, and mobile-cellular subscriptions per 100 people. It is a pity that the copywriters did not follow the lead of the ITU people who worked on the charts.

Am I just being pedantic, or does it matter? Yes, in my opinion it matters. Because people are quoting these super high ‘penetration’ rates there is an assumption that catering for mobile phone users, in and of itself, avoids excluding people.
We can use the UK as a good example. The ITU figures for the UK, in 2011, says there were 131 subscriptions per 100 people – a figure the ITU copywriters and careless MR tweeters would call 131% penetration. However, the UK’s General Lifestyle Survey found that in 2011 one-in-seven households had zero mobile phones (i.e. 86% of households had at least one person in it who had at least one mobile phone). Data collected in the UK by the communication regulator (Ofcom) estimate that at the end of 2012 92% of adults owned or had the use of a mobile phone.

In the developed markets, such as the UK, the difference between a penetration rate of 131-132% of the total population (babies and all) and a real rate 0f 86-92% of adults is not particularly important. But if the ratio in the UK is typical, the ITU figure of 100% global could mean about two-thirds of adults have the use of a mobile phone, and that does matter. For example, it means research projects requiring a good representation of people, in some countries, cannot assume that mobile is currently a safe option.

11 thoughts on “The ITU is 100% wrong on mobile phone penetration, IMHO”