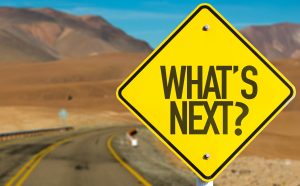 Before reading my predictions for the key themes for 2019 you might want to check out my review of how the last three years of forecasting went, click here to read the review.

“It’s the economy stupid” was the election mantra of Bill Clinton’s 1992 US Presidential campaign; this theme goes to the heart of a key issue, namely that the economy tends to shape everything else. We can’t be sure that 2019 is going to be a problem, but the signs are not good. Retail is in a mess, stock market values are falling (globally, the share price falls in 2018 were the worst since the crash of 2008), the bond yield curve is flattening and could invert (see note at foot of post), there is a trade war between America and most other countries (especially China), Brexit is hurting economies in Europe (especially the UK), and computer systems seem ever more fragile to accidents and hacking. There is a major chance the global economy will stall or fall back, which will hit market research hard.

All the other predictions and forecasts should be read in the context of this first point about the economy. If the global economy grows at about 3% to 4% 2019 (which is what it has grown by recently) then all should be well. If it grows by less, or falls, then the picture for MR and Insights is bad or worse.

Major events in 2018 included GfK’s ad hoc research business being sold to Ipsos and SAS buying Qualtrics for $8 billion. I think 2019 will see distress for quite a few market research companies, particularly those who are trying to complete with automation. Even if the economy does not fall back, I expect to see some sales, closures, mergers, and acquisitions in 2019 – if the economy does fall back, then the changes will be bigger.

Anything that can be automated is being automated, which is driving speed up and price down. Globally, for the last few years the average price of online research has been falling and the amount spent on research has been going up, i.e. research has been producing more projects. Automation could reduce jobs or it could lead to a growth in the use of research, this will be determined by a) the case research makes for its value and b) the economy.

The trend towards video is going to accelerate even more, especially in North America and Europe (which is about 80% of the global market for market research in terms of dollars spent). More tools to collect video, more automated processing of video, better use of video in debriefs. Tools will be put to better use to turn sound into text (and text can be automatically processed), to find and group images, and to work with ever larger amounts of video (i.e. more videos and videos of greater length).

Chatbots are making their first standalone appearance in my forecasts, and they do not even have their own line yet in the Emerging Technology section of the GRIT report, but I think 2019 is going to be a major breakthrough for them. I would strongly suggest conducting a pilot with one or more of the leading players in the first half of 2019.

This has been growing and growing over the last few years. In 2019, most new initiatives (other than ‘Real Qual’ see below) will be based on AI. One of the oddities about AI is that once it is in production it is often not referred to as AI. For example, many people do not consider Siri or Alexa to be AI, but that clearly misses the point. AI is the next element in automation, it is here and it will have a major impact in 2019 and beyond.

There has been a growing amount of concern over the last few years about some of the research underpinning some of new tools approaches, for example some of the implicit approaches, the use of facial coding, and even the binary nature of System 1 and System 2. Some of the criticism is aimed at the lack of diversity in how the models were built (Elina Halonen has been writing about the use of WEIRD – Western-Educated-Industrialised-Rich-Democratic samples by researchers for example), whilst others point to basic flaws in the primary research.  I think in 2019 we will start to more people shouting out about the lack of rigour in the use of some of the new techniques. Perhaps we have been seeing that in 2018 with the number of people shouting out about the risks of Bitcoin and the hyperbole of blockchain.

In the UK there is a well-known organization called CAMRA, the Campaign for Real Ale (beers brewed to taste like people think beer used to taste, as opposed to being mass produced in factories). I think we are seeing a movement to establish ‘Real Qual’, qual that goes deeper than word clouds and text analytics, something that understands the business’s needs, isolates the human aspects of the customer’s experience and synthesizes a solution. This process does not try to be quicker or faster than the standard tools, it uses a bricolage of ethnography, semiotics, Neuro-linguistic programming, evolutionary psychology, discourse analysis and many more approaches to answer questions that can’t be answered with a quick and dirty method. This model is artisanal, the labour costs are high, but when you need an expert you will buy an expert. To set expectations, what I expect from this trend is a growth in the number of projects, the prices of projects, the number of well-know experts, and the growth of the organisations who offer these solutions (some of which will be companies but others will be more nebulous in structure).

9 The demand for curation

Data is everywhere, online reports flood in, podcasts and webinars block the airwaves and every platform seems to come with a dashboard. Most people need a method of separating the chaff from the wheat, and in that process making sure they only get as much wheat as they can eat. People ask for real-time data, people ask for interactive dashboards, they plead for configurable deliverables, but in most cases that is not what they need. What people need is curation, somebody finding exactly what they need to know today, who gives them that, but who blocks the noise from getting through. The growth in data journalists, storytellers, and ‘insighters’ are all part of this curation process. I expect this to start to coalesce into a clearer movement in 2019. Indeed, this is a wagon to which we at NewMR intend to hitch our horse to, expect to see initiatives that will help you get less from us, but where that less will be more.

2019 will see the battle between ‘fake’ and evidence become ever stronger. The people who believe in evidence now realise that those who prefer ‘fake’ and those who prefer misuse have been gaining the upper hand and there are signs of a fight back. Many of the trade bodies, for example ESOMAR, MRS, GRBN etc are leading the fight in terms of codes, in terms of linking good research to GDPR compliance, and to the value of evidence-based decision-making. The Facebook scandals, and the hacking of elections in the West by organisations intent on hurting the West have changed the ground rules. 2019 (and the following years) will see a series of battles, where issues likely poor opinion polling, misuse of official statistics, and failure to look at the data become the currency of disputes.

This has been happening for a few years, with people like Stan Sthanunathan from Unilever being a strong proponent of the re-thinking and re-imagining of the client-side insight teams and specialists. Recently Mr Takahashi of Nissan Motor company shared his vision for change in a NewMR webinar. This change is underway around the globe and its results will become increasingly apparent in 2019 – breaking old patterns and making new opportunities.

And what will the disappointments be in 2019?

PS, an inverted yield curve? The yield curve relates to bonds. Bonds are an investment device from a government or a company where they promise to pay the buyer of the bond a set amount of money at some point in the future (think of them as a fixed term loan or an IOU with interest). The yield is effectively the interest on that bond. Yields are normally higher for long-term bonds than for short-term bonds because if people have to lock their cash up for longer they want a higher return. However, when the market thinks a recession is coming  – or a recession has started, these yields move and they can become flat (yields for long and short-term bonds being the same) or even invert (the yield for the long-term bond being lower than the short-term bond). Recently the yields have been flattening, and if they invert then a recession is deemed likely.